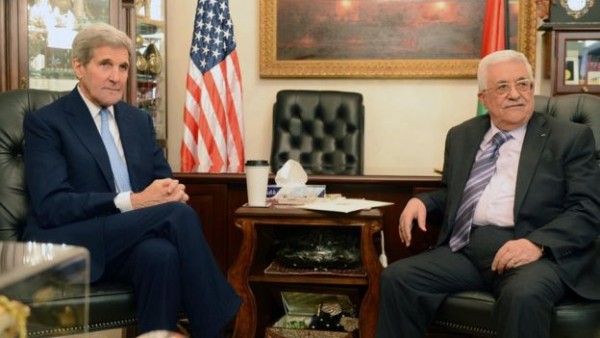 Israeli Prime Minister Benjamin Netanyahu was to announce details of the measures later the same day, Kerry said after a meeting in Amman with Jordan’s King Abdullah II, custodian of the holy site in Israeli-annexed east Jerusalem.

He said the premier had agreed to “an excellent suggestion by King Abdullah to provide 24-hour video coverage of all sites” in the compound, which is sacred to both Jews and Muslims.

“This will provide comprehensive visibility and transparency and that could really be a game changer in discouraging anybody from disturbing the sanctity of the holy site.”

Kerry, who met Netanyahu in Berlin on Thursday, also said the Israeli leader had “reaffirmed Israel’s commitment” to upholding the status quo at the mosque compound under which Jews are allowed to visit but not pray.

“I hope that based on these conversations we can finally put to rest some of the false assumptions, perceptions” about the holy site, Kerry said. “Those perceptions are stoking the tensions and fueling the violence and it is important for us to end the provocative rhetoric and start to change the public narrative that comes out of those false perceptions.”

Israel “fully respects” Jordan’s “special role” as custodian of the site.
Israel will continue to enforce its policy of religious worship, including “the fundamental fact” that it is Muslims who pray there and non-Muslims who visit.
Israel has no intention of dividing the site and rejects any attempt to suggest otherwise.
Israel welcomes increased coordination between Israeli authorities and Jordan to ensure that visitors and worshippers “demonstrate respect and restraint.”
Noting the video monitoring, Kerry said it would provide “comprehensive visibility and transparency, and that could really be a game-changer in discouraging anybody from disturbing the sanctity of this holy site.”

A history of tensions

On Friday, Israel lifted restrictions on Muslim worshippers after having barred younger Muslim men – seen by police as the main potential trouble-makers – from entering the compound on Fridays, the main day of prayer in the Muslim religious week.

The bans had, at times, targeted men up to the age of 50 and fueled Palestinian fears that Israel was trying to change long-standing understandings under which Jews are allowed to visit, but not pray, at the shrine.

Those fears have also been fueled by a rise in visits to the shrine by Jewish activists demanding prayer rights, including senior members of Netanyahu’s coalition government.

Israel has repeatedly denied Palestinian allegations that it is trying to change the status quo and accused Palestinian political and religious leaders of lying and inciting to violence.

In the meetings with Abdullah, Abbas and Jordanian Foreign Minister Nasser Judeh, and earlier with Netanyahu, Kerry explored ways to address the violence that began in mid-September initially at the shrine, but has spread to the rest of Jerusalem, as well as the West Bank and Gaza strip.,

On Saturday, Israeli forces shot a knife-wielding Palestinian dead after he ran toward a crossing between Israel and the West Bank and tried to stab security personnel, the Israeli military said.

Describing what he has heard in the talks with the leaders, Kerry said that “all of them expressed their strong commitment to ending the violence and restoring the calm as soon as possible.”

He said the US “strongly condemns terrorist attacks against innocent civilians. There is absolutely no justification for these reprehensible attacks.”

He added: “It is important to stop the back and forth of language that gives anybody an excuse to somehow be misinterpreted or misguided into believing that violence is a viable option.