Who Is Leading the Intifada and what it means? 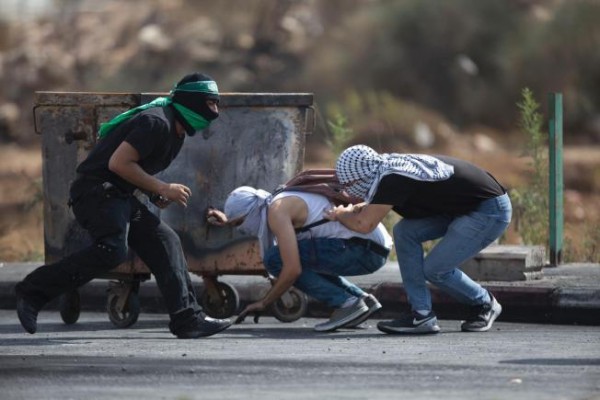 Two weeks into the latest outbreak of Israeli-Palestinian clashes in the West Bank and Jerusalem, none of the Palestinian factions have claimed responsibility for the events, as the field seems to have gone for a random, leaderless walk. In fact, there is disagreement over whether a leader is even needed.

Yahya Moussa, a Hamas leader, chairman of the Oversight Committee in the Legislative Council and one of the leaders of the first intifada in 1987, told Al-Monitor, “The intifada requires that a unified national leadership be swiftly formed in order to coordinate and preserve the [intifada], and the Palestinian Authority leadership should return from the West Bank to the Gaza Strip because if it stays in the West Bank, then the intifada will inevitably fail.”

It’s remarkable that it took Palestinian leaders so long to address the confrontations. Ismail Haniyeh, head of Hamas’ political bureau, didn’t address the clashes until Oct. 9. He called for support of what he described as the Jerusalem intifada and for protecting it from any efforts to undermine it.

For his part, Palestinian President Mahmoud Abbas tackled the confrontations Oct. 14, demanding that the international community immediately intervene to stop Israeli crimes against the Palestinian people. He said the ongoing crimes threaten peace and stability and could trigger a religious conflict in the region and the world.

In a striking paradox, several names are being considered for the leadership that does not exist: Jerusalem Intifada, Mass Intifada, Revolutionary Wave and Third Intifada.

Hussam Khader is a former member of the Palestinian Legislative Council, a Fatah figure in the West Bank and one of the leaders of the second intifada in 2000. In an interview with Al-Monitor, he called on Palestinians “not to get involved in a new intifada, as the latter is a national act that Palestinians resort to when they lose hope or reach a specific level of desperation.”

He added, “However, the Palestinian reality cannot afford to bear the consequences of a new intifada.”

The fact that this much time has passed without a political field leadership being formed raises questions as to who should lead the mass movement and whether this popular wave has a clear political vision and specific objectives, or stems from a mere emotional reaction to Israeli incursions into Al-Aqsa Mosque.

It should be noted that the average age of demonstrators and people responsible for stabbing and running over people is less than 20 years old. They were born after the Oslo Accord between the Palestinian Liberation Organization and Israel in 1993 and 1995. They are just coming of age, and it’s hard for them to see any future but a bleak one.

A senior Palestinian official in Ramallah told Al-Monitor on condition of anonymity, “President Abbas is facing calls within the Fatah leadership to support the Palestinian popular movement and allow the movement’s leaders to participate in the funeral of martyrs. [This call] came following instructions issued by high-ranking Palestinian quarters not to participate in such funerals, contrary to what happened in Gaza, when Hamas rushed to recognize the seven martyrs who were killed on the Gaza border in clashes with the Israeli army on Oct. 9.”

Reports about a leaderless intifada have gone viral on social networks in the past few days. Some Palestinian activists are calling for a decentralized field leadership capable of planning and guiding the movement while confronting Israeli escalations.

Others demand that the intifada remain spontaneous and leaderless. Still others believe that the success of the popular spontaneous movement is conclusive evidence of the failure of Palestinian organizations and leaders in their political performance in past years.

Also, there are those who say that swiftly forming a political leadership would harm the intifada because Palestinian faction leaders are helpless and have no role to play in expanding the intifada.

Abdul Alim Dana, leader of the Popular Front for the Liberation of Palestine, told Al-Monitor, “Forming a unified political leadership is of the utmost importance in the event that an agreement between the Palestinian factions participating in the current events in the Palestinian territories — albeit minimal — has been reached about a common national program aimed at confronting [Israel]. Some factions have perceptions as to the formation of this leadership, but most of the intifada participants do not belong to political movements, and agreeing on a common national program requires long, in-depth discussions.”

Palestinian demonstrators will probably fail to continue confronting the Israeli army in the absence of an official Palestinian to lead the support, which is made up of various factions and organizations. The Palestinian Authority (PA) supports a mass uprising, but doesn’t want it to reach the stage of armed operations. Hamas seems to support continuation of the uprising in the West Bank, but does not want it to reach the Gaza Strip because Hamas does not want a new war with Israel, as Palestinian analysts said Oct. 12.

A preliminary review of the confrontations in the Palestinian territories indicates the absence of a political leadership to guide the developments, call for strikes, issue statements to mourn victims and support the families of victims by organizing condolence-paying services.

Al-Monitor looked into statements issued by Palestinian organizations in the past few days and found that they lack any documentation as to the number of victims or the areas of confrontation. Al-Monitor found only a Facebook page called Moqawama Press. The page documents events day by day and provides a round-the-clock account of the number of killed and wounded Palestinians and Israelis.

Hamas spokesman Husam Badran told Al-Monitor, “Hamas is all for having the intifada led through national consensus and everyone’s participation. Therefore, we are working to create a national command comprising all Palestinian forces, the first and easiest step being the formation of zonal leaders to guide field activities.”

There seems to be a clear conviction in the Palestinian street that the revolution in the West Bank and Jerusalem did not ask for the PA’s or any other faction’s permission. Also holding back formation of a unified political leadership could be differences between Fatah and Hamas regarding their description of the confrontations and their perceptions of consequences.

That idea was expressed in an article published Oct. 8 by the Arab Center for Research and Policy Studies in Doha, Qatar, headed by Azmi Bishara. The article stated that the developments in the West Bank and Jerusalem broke out amid a deteriorating partisan and factional situation plaguing the Palestinian lands. Also, these developments are taking place outside the control of the PA.

The absence of leadership has seemingly not been spontaneous. There are those who believe that this mass uprising may stop any day now, eliminating the need for leadership.

There are also those who believe that the effort to agree on a leader could polarize Palestinians, knowing that there are more issues that could divide the factions than those that could unite them.

Add to this a third group — probably represented by Hamas — that dreads exposing its field leaders, who could be arrested by Palestinian and Israeli security services as soon as the uprising ends.