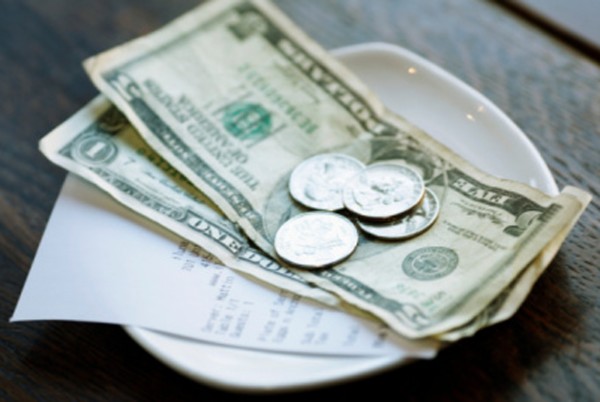 Tipping your waiter or waitress is a time-honoured American tradition, but one that could be on its way out if others follow the lead of one prominent restaurant group that includes some of Manhattan’s most well-regarded dining spots.

Influential restaurateur Danny Meyer’s Union Square Hospitality Group said on Wednesday that it will be telling its customers not to leave tips at its 13 New York City eateries, while raising prices to create a fair wage system for employees.

The new policy, to be rolled out in November, may come as a relief for overseas diners, many of whom can find the practice of tipping confusing and outdated.

In France, for example, tips are often small or non-existent with restaurant staff usually not dependent upon them to earn a living wage, while in other countries the practice is completely alien.

The company arrived at the groundbreaking step “after a thoughtful, company-wide dialogue”, Meyer said in a statement in which he said that the current system of tipping is unfair on many restaurant workers.

“We believe hospitality is a team sport, and that it takes an entire team to provide you with the experiences you have come to expect from us,” he said.

“Unfortunately, many of our colleagues – our cooks, reservationists, and dishwashers to name a few – aren’t able to share in our guests’ generosity, even though their contributions are just as vital to the outcome of your experience at one of our restaurants.”

The company, which employs some 1,800 people, will launch the no-tipping policy at The Modern, an up-market restaurant at Manhattan’s Museum of Modern Art, with Union Square’s other restaurants including Maialino incorporating the change over the next year.

The group did not specify how staff would be compensated for the loss of tips, saying the total cost of meals “won’t differ much from what you pay now. But for our teams the change will be significant. We will now have the ability to compensate all of our employees equitably, competitively, and professionally”.

Reaction to the move online was swift, and decidedly mixed, with commenters calling it everything from “awesome” and “a godsend” to a “money grab” by owners. But most seemed intrigued by the experiment and were anxious to see how it played out.

A handful of US eateries, most of them high-end such as Manhattan’s Per Se and Chez Panisse and The French Laundry, both in northern California, have instituted policies ranging from a mandatory flat percentage service charge to service included, with tips not expressly forbidden.

Although the change by Meyer’s high-profile group could prompt other fine-dining establishments to reconsider tipping, Eater.com, the nationwide online site for foodies, noted that similar moves have been short-lived at other restaurants such as San Francisco’s Aster.

It called the move risky, in terms of losing customers put off by higher prices of about 21 to 25 percent initially, and staff resistance.

But the site supported the change, saying tipping is “holding back the American hospitality industry”.