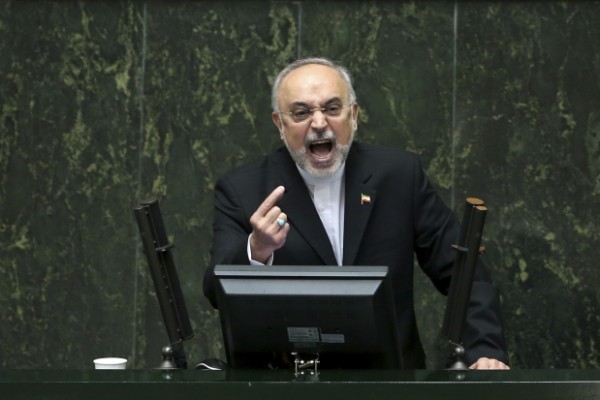 Iran’s parliament passed a bill on Tuesday supporting a nuclear deal with world powers, signaling a victory for the government over conservative opponents of the agreement and clearing the way for it to be implemented.

Many lawmakers strongly opposed the Joint Comprehensive Plan of Action (JCPOA) that President Hassan Rouhani’s government reached with world powers on July 14, and Tuesday’s vote removes an obstacle to putting the agreement into practice.

“Members of parliament made a well-considered decision today showing they have a good understanding of the country’s situation,” government spokesman Mohammad Baqer Nobakht said in a televised news conference after the vote.

The bill was passed with 161 votes for, 59 against and 13 abstentions, state news agency IRNA said. It had passed a preliminary vote on Sunday by a smaller margin, and will now be submitted to a clerical body for final approval and passage into law.

The bill stipulates that inspectors from the U.N. nuclear watchdog, the IAEA, need approval from a top Iranian security body before visiting military sites, leaving the possibility that disagreements could still arise.

Western diplomats said last month that IAEA inspectors, who are tasked with verifying member states are not developing nuclear weapons, will have access to military sites where Iranian technicians are taking swipe samples.

The bill also says Iran should resume its nuclear activities, which it is curbing under the JCPOA, if international sanctions are not lifted as agreed.

Under the July 14 deal with the United States, Britain, France, Germany, Russia andChina, Tehran accepted strict limitations on its nuclear program in exchange for relief from the sanctions that have crippled its economy.

The agreement opened the door to easing decades of mounting hostility between Iran and the West. Western powers suspect the program was aimed at developing the means to build an atom bomb, but Tehran says it seeks only peaceful atomic energy.

“According to the Supreme Leader’s religious decree, no government in Iran has the right to produce or use nuclear weapons and the government must actively follow international disarmament policy,” the parliamentary bill said, referring to Iran’s top authority Ayatollah Ali Khamenei.

The draft law also called on the government to continue developing its military power, suggesting Tehran will maintain its active role in Middle Eastern conflicts, where its interests have clashed with those of Western and Gulf Arab powers.

On Sunday, Iran tested a new precision-guided ballistic missile, the first such weapon able to reach its regional arch-enemy Israel, defying a United Nations resolution that bans Iranfrom developing missiles that could deliver a nuclear warhead.