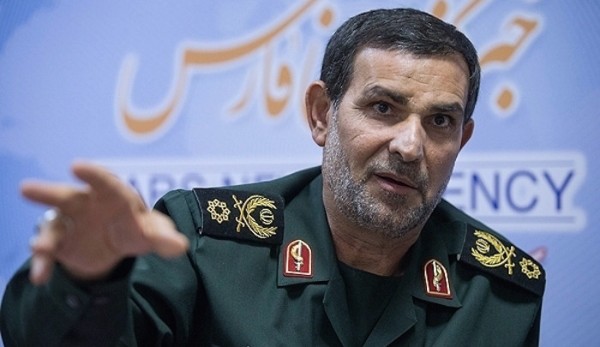 A commander of Iran’s Revolutionary Guard Corps (IRGC) has threatened terror attacks against U.S. warships and vowed that the Islamic Republic would chase U.S. forces into “the Gulf of Mexico” in order to exact revenge for any attacks, according to regional reports.

Alireza Tangsiri, an IRGC lieutenant commander, said that suicide bombers are on stand by and ready to “blow up themselves” to “destroy the U.S. warships,”according to remarks made Monday in Iran’s state-controlled Fars News Agency.

“They [the U.S.] have tested us once and if necessary, there are people who will blow up themselves with ammunitions to destroy the U.S. warships,” Tangsiri was quoted as saying.

He added that if the United States takes any hostile action against Iran, the country’s military forces would pursue the Americans into the Gulf of Mexico.

“I declare now that if the enemy wants to spark a war against Iran, we will chase them even to the Gulf of Mexico and we will (certainly) do it,” he said.

The threats come a day after Iran test fired ballistic missiles in the region, in a potential violation of international agreements barring such activity.