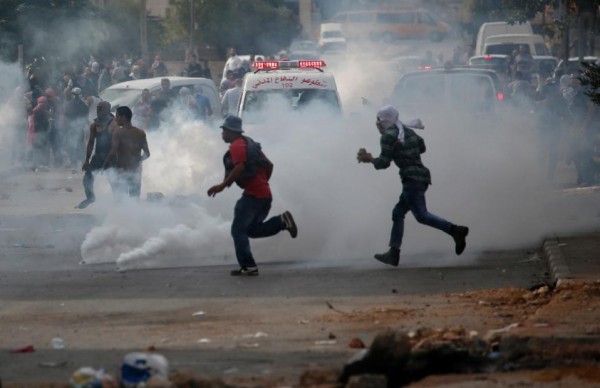 Islamist movement Hamas on Sunday warned Israel against “foolishness” after an air strike by the Jewish state in the Gaza Strip in response to rocket fire killed a pregnant woman and her toddler.

“This shows the occupation’s desire to escalate,” said Sami Abu Zuhri, a spokesman for Hamas, which rules the Gaza Strip. “We warn the occupation against continuing this foolishness.”

One of the rockets had hit an open field in southern Israel and the other was intercepted.

Israel’s retaliatory air strikes demolished a house in the northern area of Zeitun, killing Nur Hassan, 30, and her two-year-old daughter Rahaf, Gaza medics said, and trapping three others under the ruins.

After days of unrest in annexed east Jerusalem and the occupied West Bank, Gaza has been drawn into the violence since Friday, with clashes along the border leaving nine Palestinians dead, including teenagers, from Israeli fire.

The escalation in violence in the past week has led to mounting fears that Palestinian unrest was spiralling toward a wider uprising, or third intifada.
AFP