Israeli forces shoot and kill 5 Palestinians as violence rages on 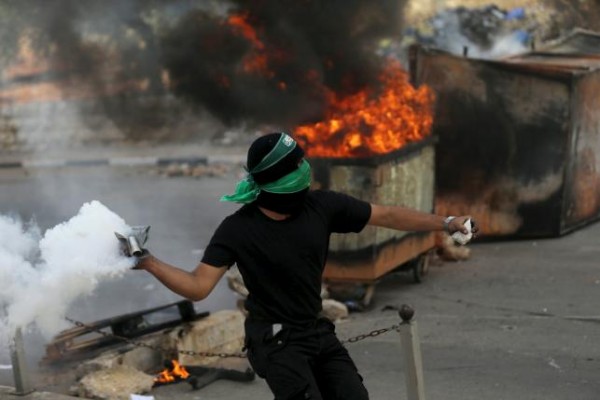 Eleven days of bloodshed in which four Israelis and 21 Palestinians, many of whom had carried out knife attacks, have been killed in Jerusalem, the Israeli-occupied West Bank, Gaza and Israeli cities have raised concerns that a new Palestinian uprising may be brewing.

Palestinians have been angered by events at the al-Aqsa mosque compound in Jerusalem’s walled Old City and fear Israel wants to change the status quo at Islam’s third holiest shrine, revered by Muslims as the Noble Sanctuary and by Jews as the Temple Mount.

He said paramilitary police had also killed a Palestinian militant after he fired on them during late-night clashes at the Shuafat refugee camp in East Jerusalem.

Hamas, the Islamist Palestinian militant group that controls the Gaza Strip, said in a statement that the Shuafat shooter was one of its members. “The hero martyr fought the Israeli occupation with language they understand,” Hamas said.

An army spokeswoman said the protesters had been hurling burning tires and stones towards the soldiers in a no-go border security zone declared by Israelis. She said the soldiers had fired warning shots in the air before shooting “at the main instigators”.

A military statement added that scores of Palestinians had managed to breach the fence and enter Israeli territory before being pushed back by the soldiers.

In a bid to stop further escalation, U.S. Secretary of State John Kerry spoke by phone with Israeli Prime Minister Benjamin Netanyahu on Friday, Netanyahu’s office said, and with Palestinian President Mahmoud Abbas on Saturday, according to the official Palestinian news agency WAFA.

Netanyahu and Abbas have called for calm and Palestinian police continue to coordinate with Israeli security forces to try to restore order, but there are few signs of the violence dying down.

The almost daily Palestinian knife attacks and clashes between Israeli soldiers and stone-throwing Palestinians are not at the levels of past Palestinian uprisings, but the escalation has prompted talk of a third “intifada”.

Palestinians see increasing visits over the past year by Jewish groups and right-wing lawmakers to the al-Aqsa plaza, revered in Judaism as the site of two destroyed biblical temples, as eroding Muslim religious control of the compound.

Netanyahu has said repeatedly that he will not allow any change to the status quo under which Jews are allowed to visit the site but non-Muslim prayer is banned, but his assurances have done little to quell alarm among Muslims across the region.

Ali al-Qaradaghi, a prominent Muslim cleric, urged worshippers on Saturday to join what he described as an uprising.

“Every Muslim should contribute to the Intifada that started for the sake of al-Aqsa and Palestine,” he tweeted. Al-Qaradaghi is a cleric at the Doha-based International Union of Muslim Scholars, headed by the spiritual leader of the Muslim Brotherhood, Sheikh Youssef al-Qaradawi.

In 2000, a visit to the al-Aqsa compound by Ariel Sharon, then Israel’s opposition leader and later prime minister, enraged Palestinians and helped to trigger an uprising that continued for five years and left about 3,000 Palestinians and 1,000 Israelis dead.

Clashes between Palestinians and Israeli troops broke out on Saturday near the West Bank cities of Hebron and Ramallah and again at the Shuafat camp. Scores of Palestinians were injured. including 17 hit by live gunfire, according to the Palestinian Red Crescent.

Protests have also spread to several Arab towns in Israel, with demonstrators blocking roads and throwing stones and firecrackers at police.

Netanyahu said in a statement he had ordered hundreds of paramilitary border police to be called up to boost security. A Channel Two Television poll found that 73 percent of Israelis were dissatisfied with his handling of the security situation.

Palestinians want East Jerusalem, the West Bank and Gaza, lands that Israel captured in the 1967 Middle East war, for a future state. U.S.-brokered peace talks broke down in April 2014.