Russia denies US claim that Syria-bound missiles crashed in Iran 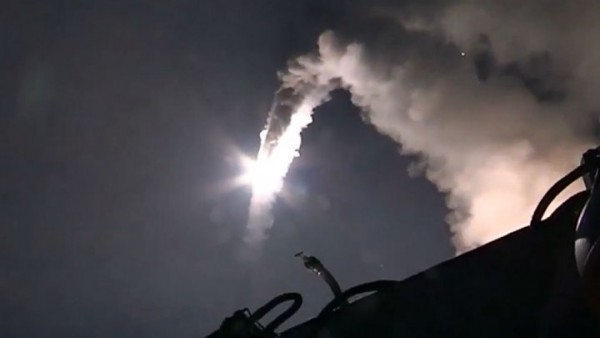 Russia’s defence ministry denied a claim by a US official Thursday that four Syria-bound Russian cruise missiles fired from the Caspian Sea had crashed in Iran.

“Any professional knows that during these operations we always fix the target before and after impact. All our cruise missiles hit their target,” ministry spokesman General Igor Konashenkov said in a statement.

The US official, who spoke on condition of anonymity, said the missiles landed in Iran on Wednesday, confirming a story first reported by CNN.

But he did not provide details about where they might have landed or whether they caused any damage.

Nor would the official say exactly what type of cruise missiles went down, except to say that they were among a salvo fired from Russian warships in the Caspian.

“In contrast to CNN we do not refer to anonymous sources but we show the path of our missiles and their targets practically in real time,” Konashenkov said.

The Russian defence ministry posted a graphic on its website on Wednesday showing 26 missiles overflying Iran and Iraq before striking inside Syria.

Russia has been conducting air strikes in Syria in defence of the embattled regime of President Bashar al-Assad since September 30.

The missile launches were in support of a major ground offensive by the Syrian army on several fronts in the war-torn country’s west.