Russia admits targeting other than I.S. in Syria airstrikes 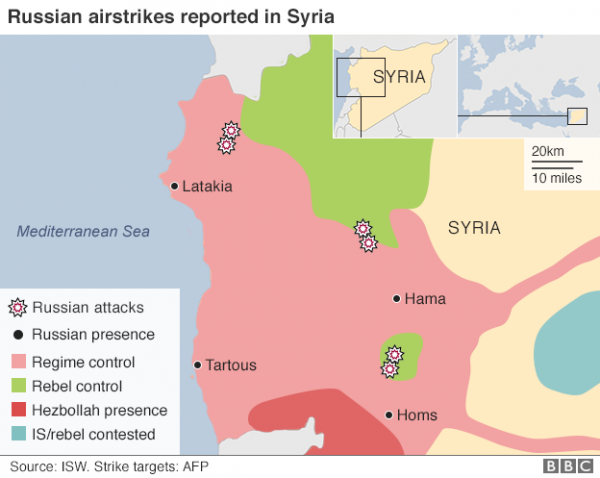 A spokesman for Russian President Vladimir Putin says Russia’s airstrikes in Syria are targeting not only Islamic State militants but also other terrorist groups.

Like the government of Syria , Russia refers to all the anti Syrian regime rebels as ” terrorists ”

Russia on Wednesday carried out its first airstrikes in Syria. Moscow insisted that it was targeting IS militants while U.S. officials and other cast doubt on the claim, saying the Russians appeared to be attacking opposition groups fighting Syrian government forces.

Dmitry Peskov told reporters on Thursday that Russia is going after IS militants and other “well-known” groups.

Asked whether Russia is choosing its own targets or following the instructions of Syrian President Bashar Assad, Peskov said the targets were chosen “in coordination” with the Syrian army.

Khaled Khoja, head of the Syrian National Council opposition group, said at the U.N. on Wednesday that Russian airstrikes in four areas, including Talbiseh, killed 36 civilians, with five children among the dead.