Is Lebanon at a defining moment? 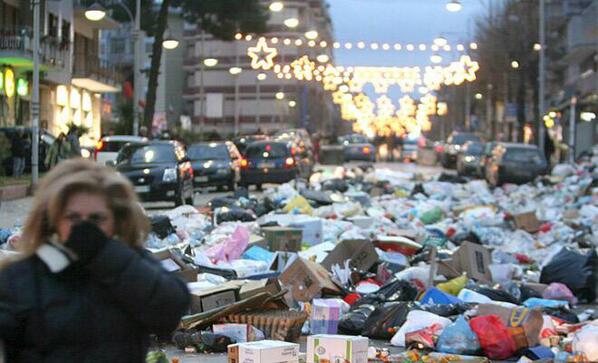 Nobel Prize winner Khalil Gibran wrote: “You progress not through improving what has been done, but reaching toward what has yet to be done.” A century later in his native Lebanon, what began as a youth grassroots movement – to protest against the rubbish in the streets – is doing just that: demanding government accountability and change.

Whether the movement, which grew thanks to its unprecedented cross-sectarian appeal, will reach its objectives remains to be seen. But it has put in motion a domino effect that has the entire country – government and civil society – watching carefully.

“Something has deeply changed: the situation in Lebanon will not return to what it was before the garbage crisis,” Ziad Abel Samad, executive director of the Arab NGO Network for Development in Beirut, said.

“This does not mean the entire system will collapse but the power-sharing and relations – among the parties and with civil society – will not remain the same.” While people can only speculate as to where the situation is headed, most acknowledge, like him, that the shift is a lasting one.

What the rubbish has brought to the surface

The highest number of protesters participated in the demonstrations on 29 August. Since then, there has been mixed speculation over whether the main movement, “You Stink” has lost ground. While participation at the single protests appears to have decreased, new groups have formed and the frequency of the protests has not diminished.

Many of the protests in Beirut, which take place near an upscale shopping district, have also brought to the surface socio-economic issues: the number of disenfranchised members of Lebanese society who have come to protest serves as reminder that poverty and social marginalisation are present in the country.

Voicing his anger and frustration over losses incurred by businesses near the protests, Nicolas Chammas, head of Beirut’s commerce syndicate, boasted that “downtown will never become home to the cheap of cheap”.

“Without the pressure on government by the civic movement You Stink,” said Akram Chehayeb, minister of agriculture, who was appointed by the prime minister to head the committee for the rubbish crisis.

“The cabinet of ministers would not have approved the emergency garbage plan. In this respect the grassroots movement has played an important role.” The government’s rubbish plan is published on the website of the NGO Transparency Lebanon, which was appointed by the government to make public all work related to solid waste management.

However, he continued, there is little time to act before continued inaction poses health and environmental consequences in Lebanon.

“The objective of the government plan has been to identify a solution which has the least negative environmental impact, can be implemented as rapidly as possible and at the lowest possible cost.”

The plan is divided in two phases: a transitional 18-month phase to solve the immediate crisis and a more long-term solution to enable Lebanon to treat waste management in an eco-friendly and efficient way. The committee is comprised of nine members: environmental experts, legal, administrative, management and civil society representatives. It is vital to reach a sustainable solution in the transitional period,” he explains.

According to Minister Chehayeb, the government cannot implement its solution by force. “We need national approval. The current plan should not be implemented unless all stakeholders are on board.” But this is a Gordian knot, given the looming health consequences that may result if a practical solution is not found in the next two weeks, and You Stink does not view the government’s plan as viable.

In the short-term, the plan needs to address the accumulated waste, now some 100,000 tonnes, and the 3,500 tonnes of waste accumulating daily.

At present a good part of the rubbish collected by Sukleen – the company who had been contracted for the past two decades to deal with waste – is being dumped under bridges or at other sites that are out of the immediate public eye. Due to its advanced state of decomposition and the fact the garbage has not been sorted, the government says the only way it can be treated is to dump it in the Nameeh Sanitary Landfill. The government envisions reopening this site for seven days to remove the accumulated waste.

The plan foresees training municipalities in eco-friendly waste management treatment and the government has already secured the funds for the municipalities. However, a second short-term goal, encouraging sorting waste at the source, requires a change of culture and will need time.

Minister Chehayeb believes that the plan has broad support. “I went to Nameeh, I met with the mayor and mukhtar, I spoke to the people there. The community there supports the plan. The committee has welcomed and engaged with various members of civil society and asked for their input.”

While the grassroots movement agrees that a shift in cultural habits is necessary, it disagrees with the current plan and has not participated in the committee. Assaad Thebian, a 27-year-old leader of the You Stink movement, explains why: “We were asked to take part in the committee in charge of the garbage crisis, headed by the minister of agriculture, Chehayeb, but we refused because we are not technical experts. We suggested the names of environmental experts, who in our view are capable of finding technical solutions to the crisis, who should be part of the committee. They were not included to our knowledge.”

On 28 September, the You Stink movement held a press conference disclosing its own plan. According to Thebian, the government’s plan fails to address numerous key issues. “The plan put forth by the government does not talk about the issue of sorting at the source during the initial transitional period of 18 months. In addition the plan insists on using landfills while there are solutions that are more environmentally friendly and sound.”

To deal with the immediate refuse situation, Thebian explained that the movement developed a plan cooperating with environmental experts such as Paul Abi Rached (head of the Lebanon EcoMovement). Under this plan the rubbish that has accumulated in the streets will be collected and transferred to designated areas where it will be left in the sun for three months. During this period, the rubbish will be treated with enzymes and decompose anaerobically in a more eco-friendly way. “There are factory sites, Karantina and Amrousieh, where the garbage could be treated after sorting, avoiding the use of landfills,” he explains.

According to Thebian, a cultural shift is essential. “Municipalities should enforce this change by making it binding for people to sort the garbage. When glass, plastic and metal are mixed with organic waste it makes treatment impossible. This is why we believe the trucks currently collecting the garbage should not compress the rests.”

One additional concern is that “the law which was passed by government in January, formally establishes a bidding system for waste management. This enables a corrupt and inefficient system to continue. We believe that responsibility for waste management should be returned to the municipalities (as it was prior to the civil war 1975-1990).”

For this reason, the movement protested at the Nameeh site over the weekend. As Thebian explains: “The local people from Nameeh called us, asking for support because they are not in accord with the emergency plan of the government to re-open the sanitary landfill.”

According to Ziad Abel Samad, the most significant effect of events in Lebanon is reflected in a diminished level of confessional polarisation. This does not mean it has disappeared, but it has rallied people behind a common practical banner. Minister Chehayeb acknowledges the positive effect that pressure from the civic movement has had on government, forcing it to come to an agreement on a plan to end the garbage crisis.

You Stink, followed by many other civic society groups born after it, is achieving what the separate existing civic movements had been unable to do for years: unify society behind practical issues. Whether the You Stink movement will fade or grow into a political party is perhaps less significant than what it has been able to set in motion.