Republican candidate slammed over saying Muslims unfit to be US president 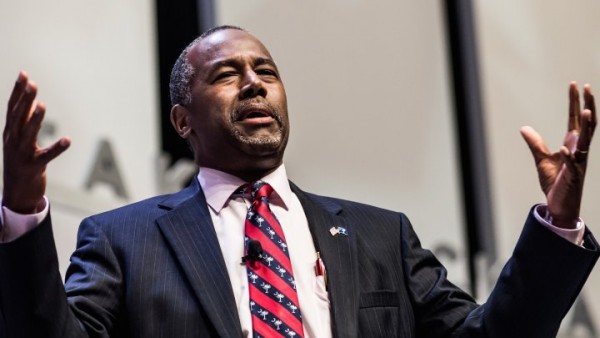 “I would not advocate that we put a Muslim in charge of this nation. I absolutely would not agree with that,” Carson told NBC’s “Meet the Press.”

The remarks by Carson, who is near the top of opinion polls for the crowded field of Republican candidates, followed a controversy that erupted when front-runner Donald Trump declined to challenge anti-Muslim comments made by a supporter on Friday.

Carson, a Christian who says he got the idea for his tax proposals from the Bible, said he thought a U.S. president’s faith should be “consistent with the Constitution.” Asked if he thought Islam met this bar, the retired neurosurgeon said: “No, I do not.”

America’s largest Muslim civil rights group condemned Carson for his statement, which it said should disqualify him from the presidential contest because the U.S. Constitution forbids religious tests for holding public office.

“It’s beyond the pale and he should withdraw,” said Council on American-Islamic Relations spokesman Ibrahim Hooper.

Minnesota Democratic Representative Keith Ellison, the first practicing Muslim elected to Congress, said: “It’s unimaginable that the leading GOP presidential candidates are resorting to fear mongering to benefit their campaigns.” Ellison added in his statement that “every American should be disturbed that these national figures are engaging in and tolerating blatant acts of religious bigotry.” In a statement later on Sunday, a Carson campaign spokesman said Carson believed strongly in the constitutional guarantee of religious freedom, “but he also believes that the American people are far from ready to accept a Muslim as President in our Judeo-Christian society.”

“Without question, there are complex differences between the practice of the Muslim faith and our Constitution, differences that are very real and very much in conflict with one another,” spokesman Doug Watts said.

Carson had been rising in polls, although he gave up some ground in a CNN/ORC poll released on Sunday, slipping to third place from second with 14 percent support. Sixteen Republicans are seeking the party’s nomination for the presidential election in November 2016.

The CNN/ORC poll showed Trump, a real estate mogul, continued to lead the contest with the support of 24 percent of registered voters, down from 32 percent in a previous poll.

“I think Dr. Carson needs to apologize,” Graham said, adding the comments were particularly offensive to U.S. soldiers who are Muslim.

A Des Moines Register/Bloomberg poll conducted in January in Iowa, the first state to vote in the nominating contest, showed 39 percent of Republicans saw Islam as inherently violent, compared with 13 percent of Democrats.

Trump, asked on “Meet the Press” if he would accept a Muslim president, replied: “Some people have said it already happened.”