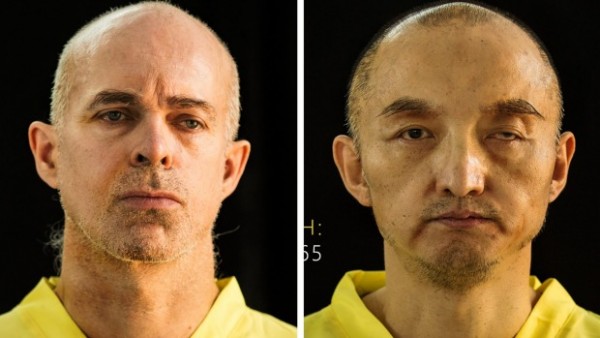 Beijing: The Islamic State group has identified a Chinese and a Norwegian national it claims to be holding hostage, and is demanding ransoms in exchange for their release.

The extremist group posted photos of the two men wearing yellow jumpsuits set against a black background, advertising them “for sale” in the latest issue of its magazine Dabiq, published online on Wednesday.

It identified the Chinese man as Fan Jinghui, 50, a freelance consultant from Beijing, and the Norwegian man as Ole Johan Grimsgaard-Ofstad, 48, from Oslo.

Both ads detailed personal information of the two men including their date of birth and partial home addresses. In captions underneath the photographs, IS claims the men were “abandoned” by their governments, “which did not do its utmost to purchase [their] freedom”. The group did not detail the ransom amount, where the hostages were being held, or when they were taken.

IS, which controls vast swathes of Iraq and Syria, has routinely released gruesome videos depicting the executions of Western hostages they have captured, including US journalists and aid workers.

But this purported kidnapping is significant for being the first public ransom demand made for a Chinese national; a move which will now place Beijing’s long-held strategy of non-interference in the Middle East squarely in the spotlight.

China has extensive investment interests in the Middle East and is also heavily reliant on oil from the region. But it has been cautious in outlining its plans to combat the threat of IS, and so far has resisted joining the US-led coalition coordinating air strikes in Syria aimed at disrupting the terror group.

“It has been increasingly difficult to maintain and there’s a vicious circle of events related to Islamic terrorism involving China that [means] the stakes are getting higher.”

The kidnapping of Mr Fan reflects China’s rising global influence and wealth, which has made Chinese nationals potentially lucrative targets for militant groups like IS.

Its leader Abu Bakr al-Baghdadi has long declared China an enemy of his self-declared caliphate for its perceived persecution of Uighurs, a Muslim ethnic minority in China’s far-western Xinjiang region.

At a news conference in Oslo on Wednesday, Norwegian Prime Minister Erna Solberg confirmed one of the hostages was a Norwegian man being held in Syria and that “everything indicates [IS] is behind it”.

Ms Solberg said the man was captured at the end of January.

“The kidnappers have presented a series of demands and significant amounts of ransom money,” she said. “We cannot give in and won’t give in to pressure from terrorists and criminals. Norway does not pay ransom.”

The Chinese government did not provide immediate comment on the reports on Thursday morning, though the partial address for Mr Fan released by IS appeared genuine, if out of date.

Online Chinese corporate records linked a man with the same name to a business registered to the same apartment compound, on the western fringes of Beijing. One neighbour, who declined to be named, said she recognised Mr Fan and knew his wife, a teacher. The couple had a teenage child, she said.

Mr Duchatel said China did not have a firm, publicly-stated policy on paying ransoms, and could seek to negotiate a release for Mr Fan through private channels.

“If he is executed in a worst case scenario, this would put even more strain on China’s non-interference policy,” he said, adding China would see joining the US-led coalition in air strikes as a last resort.

“I still do feel that China perceives its interests in avoiding becoming a target and alignment with the international coalition will really be going to great lengths.”
SMH with Sanghee Liu