Opinion: It is “logical” for Iran to cheat 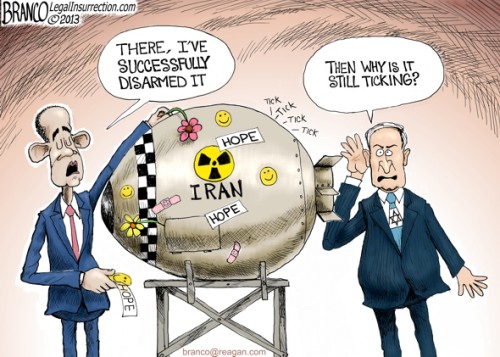 It was in the interest of the USSR to adhere to the arms control agreements with the U.S. The Soviets almost always played catch up in nuclear technology with the U.S. Throughout the Cold War, the U.S. used less than 6 percent of its gross national product for defense whereas the Soviets had to use about 30 percent for many years. Therefore, it was in their interest to lock in the nuclear arms race at the relative parity that existed. Any cheating would have made only marginal differences. Furthermore, its discovery or purposeful revelation would have unraveled any future arms control agreements, thus seriously undermining the interests of the Soviet Union. At the height of the Cold War, the U.S. had about 35,000 nuclear warheads and the Soviets had about 36,000.

Any cheating that would even increase the number of their warheads by two or three thousand would not have any real impact on the balance of terror between the two superpowers. Even the technological advancements such as those miniaturizing the warheads or placing multiple warheads on a missile would not change the balance of power. The sole partial exception might have been technological breakthroughs in missile defense (e.g., Strategic Defense Initiative or the so-called Star Wars during the Reagan presidency). Therefore, the Soviets agreed to many arms control agreements and adhered to them.

The situation for Iran is completely different. It is “logical” for Iran to cheat. If Iran can clandestinely build 4 or 5 nuclear bombs, then that would dramatically change the balance of power to the benefit of the rulers of Iran and to the fatal detriment of the U.S. and its allies in the region (i.e., Israel, Saudi Arabia, Kuwait, and Bahrain). First, with as few as two atom bombs, the U.S. could not pursue a forceful regime change as it has done in Afghanistan, Iraq, and Libya. Second, with nuclear weapons, Iran can massively supply Hezbollah and HAMAS, and constantly threaten Israel with nuclear annihilation; thus creating panic among Israelis. Third, with a nuclear shield, the Shia fundamentalist rulers of Iran can finally achieve their goal of exporting their revolution directly or via proxies to Kuwait, Bahrain, Qatar, the United Arab Emirates, Lebanon, Yemen, and the oil-rich Shia parts of Saudi Arabia.

The current nuclear program began around 1986, during the Iran-Iraq war when Iran attempted to purchase three nuclear bombs from Pakistan, according to A.Q. Khan the father of Pakistan’s nuclear bomb. According to Khan, Iran paid almost $10 billion. In 2004, Iran explicitly lied to the IAEA and the EU3 (Britain, France, and Germany) and denied the fact that it had received a design for a nuclear bomb from the Khan network. Even after these revelations, Iran built Fordow underground nuclear facility. Iran’s rulers lie and hide their illegal activities. For example, when the IAEA demanded to inspect Lavizan (nuclear) facility, Iran refused visits until after it totally razed the facility, removed the top soil, uprooted trees nearby, asphalted the area, and constructed another building there. Iran has also refused to allow the IAEA to visit Parchin military site for about three years. Even the secret Iran-IAEA side agreement on Parchin that was signed alongside the Joint Comprehensive Plan of Action in July, does not allow the IAEA inspectors to visit the site. The secret agreement concedes that Iran itself will provide the environmental samples and the IAEA can choose only two specific locations. The IAEA believes that experiments on high explosives on triggers for nuclear weapon have been conducted there.

Both the IAEA and the U.S. intelligence have a long track record of failure in discovering nuclear weapons programs. If logic and history are any guide, we should expect that Iran’s rulers will cheat. And if they succeed they will be able to greatly change our world for the worse. The best way to prevent the likely disaster is for Congress to reject President Obama’s nuclear deal with Iran.