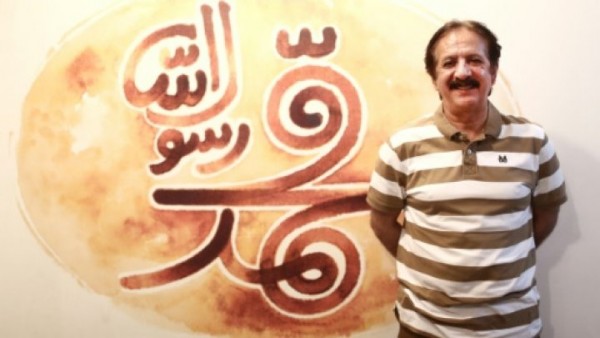 Iranian film director Majid Majidi says extremists and jihadists such as the Islamic State group “have stolen the name of Islam”
Share:

The award-winning director of Iran’s most expensive ever film, “Muhammad”, says he hopes it will improve Islam’s “violent image”, but the religious epic risks angering many Muslims despite not showing the prophet’s face.

The huge production about the childhood of the prophet cost up to an estimated $40 million and took more than seven years to complete.

The 171-minute film, which stars many top Iranian actors, premieres on Wednesday in 143 theatres throughout Iran, the day before it opens the Montreal Film Festival.

In an interview with AFP in Tehran, its director Majid Majidi, 56, said extremists and jihadists such as the Islamic State group “have stolen the name of Islam”.

In the Western world, “an incorrect interpretation of Islam has emerged that shows a violent image of Islam, and we believe it has no link whatsoever” to the religion, he said.

“Muhammad” is the first part of a trilogy on the life of the prophet. The film depicts events before his birth and up to his teenage years, before he became prophet, which according to the Koran was at the age of 40.

While Iran has denounced cartoons of the prophet like those published by French satirical magazine Charlie Hebdo, Shiite Muslims are generally more relaxed than Sunnis about depictions of religious figures.

While many planned screenings of “Muhammad” in Shiite-majority Iran have already sold out, in the Sunni Muslim world the production has triggered controversy.

“Definitely, some countries like Saudi Arabia will have problems with this film but many Islamic countries — including Turkey, Indonesia, Malaysia and many others in Southeast Asia — have asked for the film,” Majidi said.

The first major production about the prophet’s life, “Mohammad, Messenger of God” from Syrian-American filmmaker Moustapha Akkad, also drew criticism in the Muslim world when it was released in 1976. 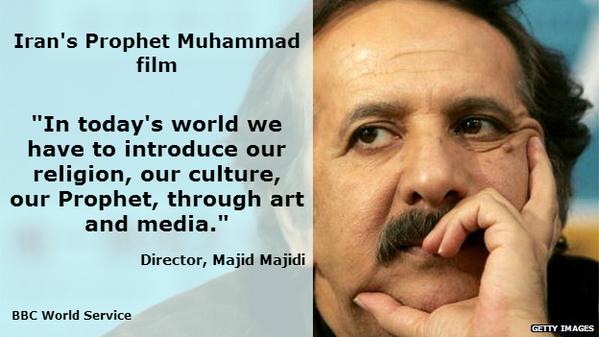 In an attempt to allay the concerns of Muslims, Majidi looked for alternative ways of showing the prophet, and chose not to picture his face at all.

“To have the hero throughout the movie and not show his face once is a big challenge,” said a smiling Majidi, whose “Children of Heaven” was nominated for Best Foreign Language Film at the Academy Awards in 1998.

Majidi and his Italian Oscar-winning cinematographer Vittorio Storaro came up with a special technique.

“We customised a steadicam especially for the prophet. Wherever we have the prophet in the film, we see through his POV (point of view), even in his childhood,” Majidi explained.

“Everyone is curious to see the prophet in the film, but you cannot see his face,” he said, adding that the prophet can only seen by his profile, or with his back to the camera.

Still, Majidi’s solution is not enough for experts at Al-Azhar, a leading Sunni Muslim institution based in Egypt.

In a statement, Al-Azhar “objected to portraying prophets and messengers in art” as it is “tantamount to belittling their spiritual status”.

It opposes not only portraying the prophets’ faces but also their voices.

“The actor who plays this role may later play a criminal, and viewers may associate these characters with criminality,” Abdel Dayyem Nosair, adviser to Al-Azhar head Ahmed al-Tayyeb, told AFP.

“Muhammad”, which is partially state funded, is being released on the anniversary of the birth of the eighth imam of Shiite Islam, Reza.

The next two films in the trilogy could prove even more controversial as the young hero is not yet a prophet in the first instalment.

“There are no disputes over this period” of the prophet’s life, said Majidi, who has won international prizes including the Oecumenical Special Award in Montreal for promoting unity among religions.

“From the time he becomes a prophet, even dialogue would be very difficult to manage, but I believe it is still achievable,” the director said.