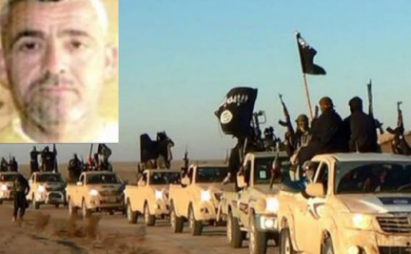 The second-in-command of the Islamic State militant group was killed during a U.S. air strike in Iraq on Tuesday, the White House said on Friday, dealing a blow to the group that has sought to form a caliphate in the Middle East.

“Fadhil Ahmad al-Hayali, also known as Hajji Mutazz … was killed in a U.S. military air strike on August 18 while traveling in a vehicle near Mosul, Iraq, along with an ISIL media operative known as Abu Abdullah,” White House spokesman Ned Price said in a statement.

“Al-Hayali’s death will adversely impact ISIL’s operations given that his influence spanned ISIL’s finance, media, operations, and logistics,” Price said, referring to the group by an acronym.

The White House said the dead leader was a “primary coordinator” for moving weapons, explosives, vehicles, and people between Iraq and Syria. He was in charge of operations in Iraq and helped plan the group’s offensive in Mosul in June of last year.

The United States and its allies stage daily air strikes on Islamic State targets in the group’s self-declared caliphate in Iraq and Syria. A drone strike last month killed a senior Islamic State leader in its Syrian stronghold of Raqqa.

One counter-terrorism specialist cautioned that the impact of the killing on Islamic State could be short-lived.

“My experience in looking at the Islamic State suggests they have demonstrated … an ability to move people up into positions” when high-ranking operatives are killed, said Seth Jones, a former Pentagon official now at the RAND Corporation.

Jones said how much territory Islamic State controls was more important in determining the group’s power. “The key issue is territorial control,” he said.