Iran’s hand seen in the busted Hezbollah cell in Kuwait 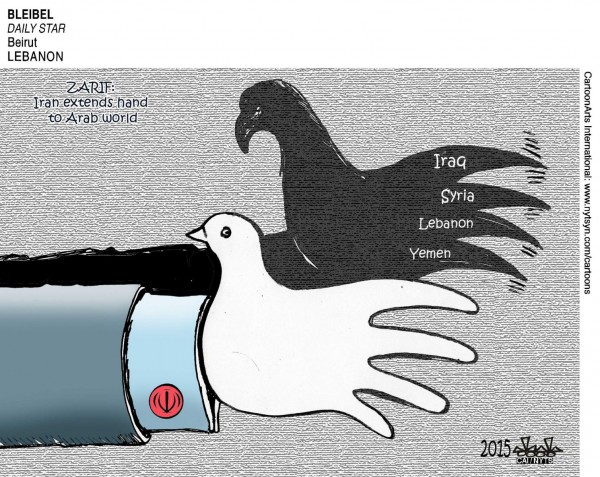 Hezbollah,  the Shiite fighting force in Lebanon, has long been supported by Iran. Yet, exactly what the group’s objectives are in the Arabian Gulf remain somewhat unclear. The group’s repeated attempts to spread extremism and stoke sectarian strife in the Arabian Gulf countries were the subject of an opinion piece by Emirati columnist Amani Mohammed in Abu Dhabi’s daily Al Ittihad, the Arabic-language sister newspaper of the The National.

Last week, Kuwaiti authorities busted a terror cell linked to Hezbollah, making several arrests and seizing a large cache of weapons and explosives that were later linked to Iran.

“Strange happenings are taking place that can only be explained as evidence of Iranian political and geographical ambitions along with a desire to interfere in the affairs of neighbouring states in the Arabian Gulf,” the writer said.

“Now that it has secured its control over Baghdad, Beirut and Damascus, Iran has its eyes on other countries that it plans to transform into followers, and Hezbollah  is evidently nothing but a means to an end.”

Such events present a stark contrast with diplomatic statements from Iranian officials calling for dialogue with the country’s Gulf Arab neighbours. Relations between the Islamic Republic and the GCC states have been strained because of growing suspicions that Tehran is trying to further extend its influence across the region and exploit the momentum it has gained from the nuclear deal with western powers this summer.

“Inaction against these cells would be a crime in itself, for it would lead to a proliferation of terror cells in the future. But the real calamity is that suspects implicated in these actions are Kuwaiti citizens,” Mohammed wrote.

“How did they let themselves become easy putty in the hands of sectarian powers and how were they able to plot against their own?”

The region’s history and recent events have proved the extent of hostility that Iran harbours for Arab Gulf countries This hostility wouldn’t stop until Iran extended its control over the entire region for its own religious and political purposes, the writer said.

From a religious point of view, Iran aims to disseminate its Farsi Khomeini revolution, targeting mainly Shiites by recruiting them to confront anyone who challenges them. Politically, Tehran’s main objective is to become a dominant political player with entrenched control throughout the region. This project, the columnist noted, has already been accomplished in Iraq and Syria to a large extent.

“This wasn’t the first time a terrorist cell was uncovered in Kuwait and it won’t be the last as Iran continues with its schemes to undermine Kuwait’s security,” the writer pointed out.

“Having secured an alliance with the US, Tehran’s present ambition is to redesign the region’s map to achieve its common interests with the United States.

“We in the Arab Gulf states must hurry up to form a confederation that would allow us to become a significant political, military and economic power in the region and to be able to stop Tehran from interfering in our internal affairs.

“Otherwise, we must give Iran a taste of its own medicine by providing the Ahwazi and Baluchi minorities in Iran with the necessary support to rebel against their tyrant government and bring it down,” he said.