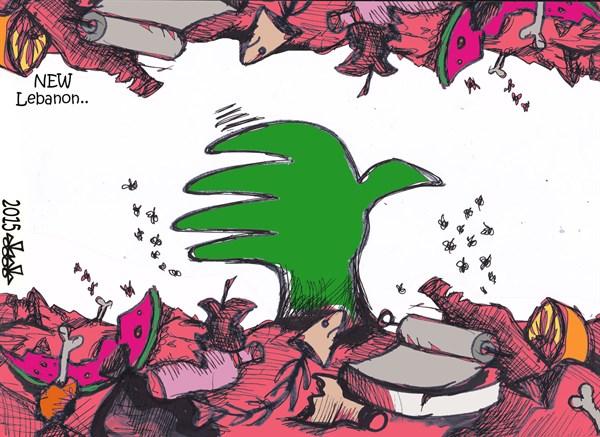 General Prosecutor Judge Samir Hammoud revealed on Sunday that Assir who was arrested Saturday at the airport will undergo a DNA test to confirm his identity after he had undergone a number of plastic surgery operations to alter his appearance, Asharq al-Awsat newspaper reported on Sunday.

LBCI also reported that Assir’s questioning has so far led to the arrest of 3 people.

Al-Jadeed reported that the Army intelligence agents arrested in Sidon Musaab Q., a brother of Mustassem Q., one of the most wanted Assir supporters.

PSP chief Walid Jumblatt told al-Anbaa newspaper: We laud the efforts of the General Security in arresting al-Assir and hope that justice will take its course for the sake of the army martyrs.

Hezbollah has informed the Future Movement that a new president would not be elected before Saudi Arabia and Iran launch dialogue.

A wildfire engulfed large areas of a valley that separates the South and Mount Lebanon Monday.

Difficult terrain is hindering the efforts of the 25 Civil Defense firefighters deployed to the site from reaching the blaze.

At least 15,000 square meters of land covered by pine, olive and oak trees have been decimated in the fire.

The indictment also accused the men of murder and attempted murder of Lebanese soldiers on duty in the northern city of Tripoli as well as acts of sabotage and possession of weapons and explosives.

Newly appointed French Ambassador to Lebanon said over the weekend that although relative calm reigns in Lebanon the situation in the country remained “fragile, difficult and arbitrary.” “It’s urgent to do more for Lebanon,” Emmanuel Bonne told those who attended a yearly Mass in honor of France headed by Maronite Archbishop of Beirut Boulos Matar. He added. “France wants Lebanon to remain – despite all its difficulties – a model of diversity, pluralism and freedom in the Middle East.”