After 27 election sessions Lebanon is still without a president 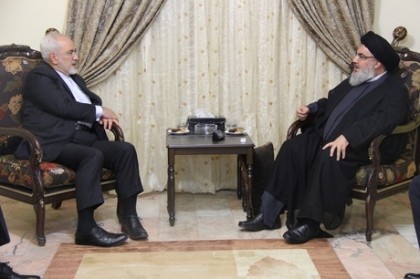 Speaker Nabih Berri a key ally of  Hezbollah postponed  the election to September 2 , 2015 .
Only 34 MPs from the March 14 alliance and  Berri’s  Development and Liberation bloc attended, according to media reports.
Today’s  parliament session coincided with the visit to Lebanon  by Iranian Foreign Minister Mohammad Javad Zarif .

Iran has been blamed for the impasse , but Zarif claimed at the end of his  2 day visit that his country does not meddle in the  internal Lebanese affairs.

“We do not meddle in internal Lebanese affairs and neither should other countries, ” he said during the second day of his trip to Beirut:

He made his remarks during a press conference with Foreign Minister Gebran Bassil .

He stated that the nuclear deal that Tehran had signed with major powers in July underlines the importance of dialogue in ending disputes.

“We demonstrated that the use of force and sanctions cannot resolve regional conflicts,” he remarked, while noting that countries in the region now have the opportunity to adopt such an approach.

“Lebanon is a symbol of dialogue and constructive cooperation among its diverse people,” said Zarif.

Bassil  on the other hand attempted  to curry favor by excessive use of compliments and  praise said  Zarif brings with him three victories during his Beirut trip: 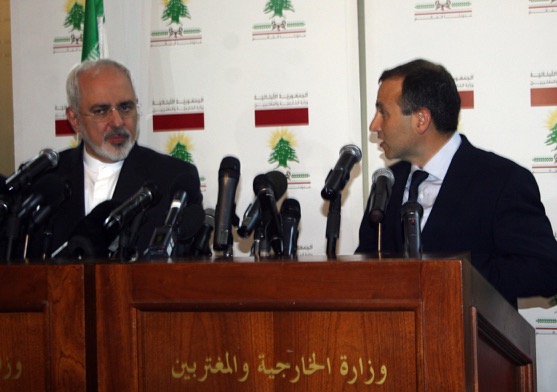 – The first :  “The victory of Lebanon’s resistance against Israel” during the July 2006 war.

– The second : “He also brings with him the victory of dialogue against international isolation,” a possible  reference to the nuclear deal.

-The third  : “He brings with him the victory against the takfiri threat,” he stated, while stressing that “we stand in a single trench with Iran in confronting this challenge.”

He had arrived in Lebanon on Tuesday as part of a tour of the region.

Zarif heads to Syria on Wednesday after concluding his trip to Lebanon.