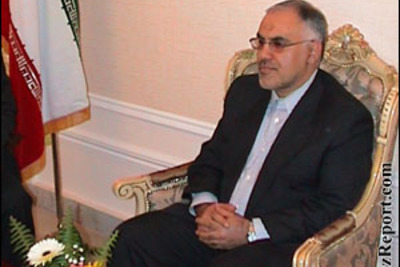 Iran’s Ambassador to Lebanon  Mohammed Fathali  stressed  in an an interview  with   al-Akhbar  newspaper published on Friday that it was up to Lebanon’s rival leaders to resolve the country’s presidential crisis.

“This is an internal Lebanese issue,”he  told the pro- Hezbollah  newspaper.

“All parties should take care of this issue because it is linked to the people’s interest,” he added

Fathali made the comment in response to a question on whether contacts have been made with Tehran after the signing of the nuclear deal  with regards to Lebanon’s presidential crisis.

An Iranian sources told al-Hayat that Fabius told Zarif about the importance of contacting Lebanese parties that are allied with Iran to urge them to find a solution to the impasse.

But Zarif reportedly said it was not up to the Iranian foreign ministry to interfere in the issue, and urged Fabius to discuss the matter with President Hassan Rouhani.

When the French official brought up the issue during his talks with Rouhani, the Iranian leader completely distanced himself from the matter and avoided the issue all together .

The Hayat sources quoted Fabius as saying that “we had hoped that Tehran would take a step to boost confidence and cooperate on the Lebanese presidential issue .”

During his meeting last week with Fabius in Paris , Progressive Socialist Party leader Walid Jumblatt said it was up to Iran to facilitate the stalled Lebanese presidential.

“We should wait for what the Iranian side will ask for during the meeting with Fabius ,” Jumblatt said, in remarks published last week by Al-Hayat.

“If there was a good Iranian intention then this would facilitate matters relating to the Lebanese presidency and a consensus candidate,” he said.

Furthermore, Jumblatt argued that if Iran has bad intentions regarding the stalled presidential election in Lebanon, then this suggests Tehran was seeking to change the Taif Accord, a 1989 agreement reached in Saudi Arabia to end the decades-long Lebanese Civil War.

“If the Iranian side does not give Fabius [a free hand] to facilitate the Lebanese presidential election and if there are signs of inflexibility in discussing ways to set the agenda at the Cabinet’s next meeting, then this means Iran – which believes it has scored a major victory in the nuclear deal – hopes to change the Taif Accord.