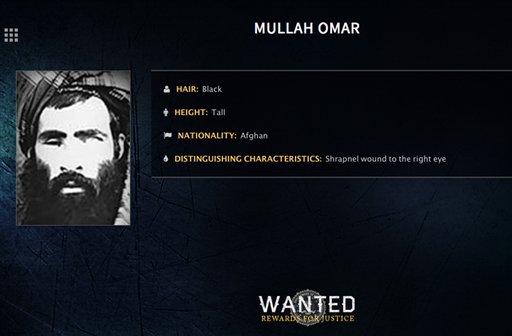 Omar, the one-eyed, secretive head of the Taliban and an al-Qaida ally, led a bloody insurgency against U.S.-led forces after they toppled him from his rule in Afghanistan in 2001.

Zafar Hashemi, a deputy spokesman for Afghan President Ashraf Ghani, made the announcement at a hastily called news conference Wednesday in the Afghan capital, Kabul.

“We are aware of the reports of the passing away of Mullah Omar, the Taliban leader,” Hashemi said. “We are still in the process of checking those reports, and as soon as we get confirmation or verification, we will inform the Afghan people and the media.”

A Pakistani security official, speaking on condition of anonymity as he wasn’t authorized to brief journalists, called the circling rumors “speculation” designed to disrupt peace talks.

The rumors come two days before the next round of talks between the Afghan government and Taliban representatives is due to be held in Pakistan. A senior government official confirmed the meeting will take place in the resort town of Murree, where the first round was held on July 7.

He said one woman, Sediqa Balhki, would be included in the Afghan delegation. Balkhi is a member of the High Peace Council, the body charged with forging peace with the insurgents. The official spoke on condition of anonymity as he wasn’t authorized to speak to journalists.

If Omar died, it could complicate the peace process as it removes a figurehead for the insurgents, who until now have appeared to act collectively but are believed to be split on whether to continue the war or negotiate with Ghani’s government. Ending the war has been a main priority for Ghani since he took office last year.

The diplomat spoke on condition of anonymity as he was not authorized to journalists about the situation.

The strategy has spread Afghan military resources very thin as U.S. and NATO forces ended their combat mission in the country at the end of last year.