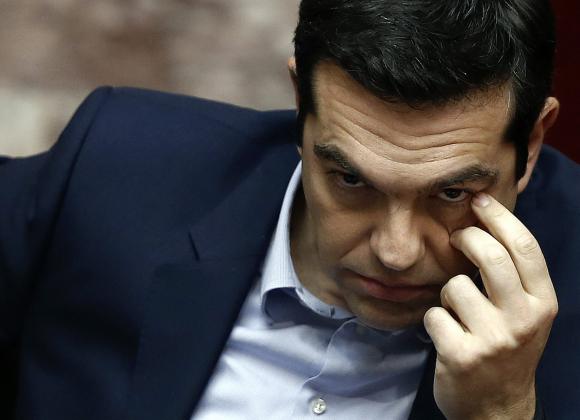 Some members of Greece’s leftist government wanted to raid central bank reserves and hack taxpayer accounts to prepare a return to the drachma, according to reports on Sunday that highlighted the chaos in the ruling Syriza party.

It is not clear how seriously the plans, attributed to former Energy Minister Panagiotis Lafazanis and former Finance Minister Yanis Varoufakis, were considered by the government and both ministers were sacked earlier this month. However the reports have been seized on by opposition parties who have demanded an explanation.

The reports came at the end of a week of fevered speculation over what Syriza hardliners had in mind as an alternative to the tough bailout terms that Tsipras reluctantly accepted to keep Greece in the euro.

In an interview with Sunday’s edition of the RealNews daily, Panagiotis Lafazanis, the hardline former energy minister who lost his job after rebelling over the bailout plans, said he had urged the government to tap the reserves of the Bank of Greece in defiance of the European Central Bank.

Lafazanis, leader of a hardline faction in the ruling Syriza party that has argued for a return to the drachma, said the move would have allowed pensions and public sector wages to be paid if Greece were forced out of the euro.

“The main reason for that was for the Greek economy and Greek people to survive, which is the utmost duty every government has under the constitution,” he said.

However he denied a report in the Financial Times that he wanted Bank of Greece Governor Yannis Stouranaras to be arrested if he had opposed a move to empty the central bank vaults. In comments to the semi-official Athens News Agency, he called the report a mixture of “lies, fantasy, fear-mongering, speculation and old-fashioned anti-communism”.

In a separate report in the conservative Kathimerini daily, Varoufakis was quoted as saying that a small team in Syriza had prepared plans to secretly copy online tax codes. It said the “Plan B” was devised to allow the government to introduce a parallel payment system if the banking system was closed down.

In remarks the newspaper said were made to an investors’ conference on July 16, Varoufakis said passwords used by Greeks to access their online tax accounts were to have been copied secretly and used to issue new PIN numbers for every taxpayer to be used in transactions with the state.

“This would have created a parallel banking system, which would have given us some breathing space, while the banks would have been shut due to the ECB’s aggressive policy,” Varoufakis was quoted as saying.

Varoufakis, an outspoken academic economist who became deeply unpopular with other European finance ministers during his five months in office, stood down earlier this month to facilitate bailout talks. He has been a strident opponent of the deal ever since.

Under the plan, which the report said went back to before Tsipras was elected in January, transactions through the parallel system would have been nominated in euros but could easily change into drachmas overnight, he was quoted as saying.

Varoufakis denied the report. “So, I was going to “hijack” Greek citizens’ tax file numbers? Impressed by my defamers’ imagination,” he wrote on Twitter.

The center-right New Democracy party and the centrist To Potami and the Socialist Pasok parties, which all backed Tsipras in parliamentary votes on the bailout this month, demanded a response to the reports.

“The revelations that are coming out raise a major political, economic and moral issue for the government which needs in-depth examination,” it said in a statement.

“Is it true that a designated team in the finance ministry had undertaken work on a backup plan? Is it true they had planned to raid the national Mint and that they prepared for a parallel currency by hacking the tax registration numbers of the taxpayers?”

To Potami said the reports of covert plans were worthy of a bad thriller.

The Kathimerini report said access to the Greek tax service’s computer systems was under the control of inspectors from the “troika”, the international creditors’ group, and therefore inaccessible to the government.

As a result, Varoufakis and an official in charge of information systems planned to copy taxpayer codes from online accounts and set up a shadow system. However, according to the report, he said the plan had never been approved by Tsipras.

Deputy Finance Minister Dimitris Mardas denied the government had ever discussed plans to take Greece out of the euro. “I have repeatedly said that such discussions have never taken place at a government policy level,” he told Skai television.