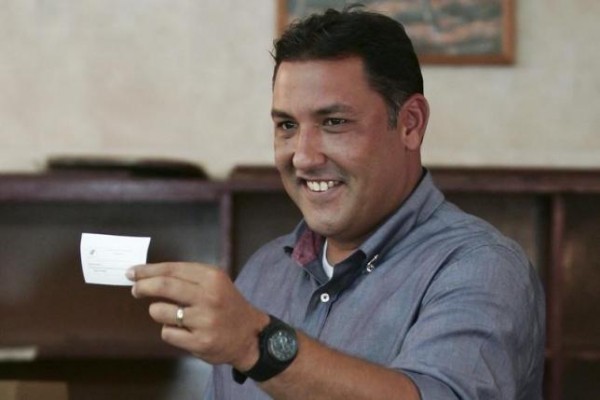 Former Venezuelan state Governor Pablo Perez said on Saturday he had been barred from holding public office for 10 years, the third ban on an opposition politician in the last week.

The comptroller’s office this week also disqualified former legislator Maria Corina Machado and ex-mayor Vicencio Scarano, both candidates in Dec. 6 parliamentary elections, from holding office. In their case the ban was effective for 12 months.

Critics says President Nicolas Maduro is seeking to clamp down on opposition leaders and discourage voters ahead of an election polls forecast his party is likely to lose.

That could boost the opposition’s bid to seek a recall referendum next year to try to oust Maduro, who was elected in 2013 to replace the late Hugo Chavez.

“The government and the (ruling Socialist Party) have banned me for 10 years, another attack against democratic dissidence,” tweeted Perez, a former governor of western Zulia state.

Unlike Machado and Scarano, Perez was not running for parliament.

The comptroller’s office did not immediately respond to requests for comment. But in the past, it has disqualified politicians from holding public office for alleged corruption or lack of full disclosure in wealth declarations.

Disqualifying candidates has fanned fears over the fairness of this year’s elections.

The Democratic Unity (MUD) opposition coalition said it was planning protests next week, against the barring of political candidates and to press for free and fair elections in the OPEC nation, which is struggling with recession and soaring inflation.

“Venezuelans’ response to these measures will be to disqualify Nicolas Maduro’s regime in the coming parliamentary elections,” said MUD secretary Jesus Torrealba.

Ceballos was jailed for failing to break up anti-government protests last year in the city of San Cristobal when he was mayor. Maduro says he and other opposition politicians are responsible for more than 40 deaths nationwide during the protests.