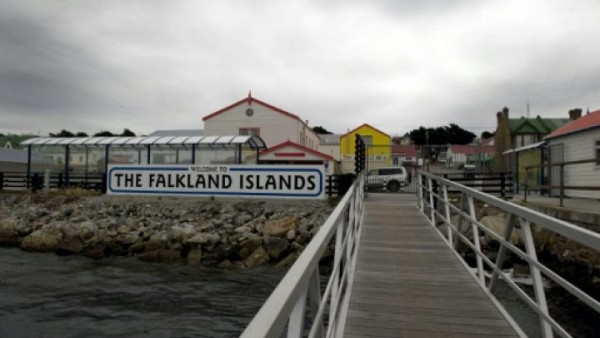 BUENOS AIRES – An Argentine judge Saturday ordered the seizure of $156 million and other assets from British and US oil companies looking for crude in waters off the disputed Falkland Islands.

Judge Lilian Herraez, based in the Tierra del Fuego region of southern Argentina, also ordered the firms to stop their exploration activities.

Argentina claims sovereignty over the British-controlled islands in the South Atlantic and the two countries went to war over them in 1982.

Animosity between Britain and Argentina over the islands has escalated sharply in recent years with the discovery of significant oil deposits offshore.

Herraez said the companies are operating in Argentine territorial waters, but it was not clear how Argentina would enforce the order seeking to seize the money and oil exploration equipment such as ships and a floating dike.

The war lasted 74 days and left nearly 1,000 people dead. It ended when a British expeditionary force sent by the government in London expelled the Argentine troops.

Argentina maintains its claim to the islands, which it calls the Malvinas, but the British refuse to negotiate.

The companies named in the suit are Rockhopper Exploration plc, Premier Oil plc, Falkland Oil and Gas Limited — all British — and the US firms Noble Energy Inc. and Edison International SpA.