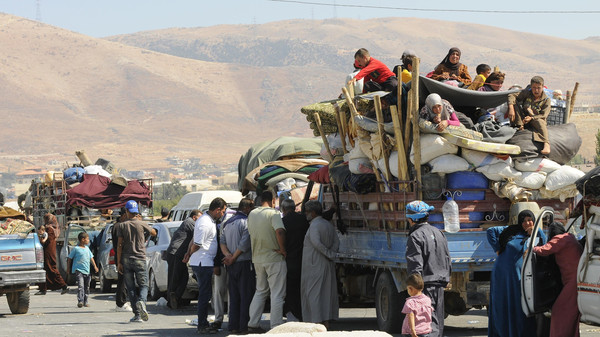 Lebanese officials have warned of a huge Syrian refugee influx to Lebanon if the rebels launch an attack on Damascus and the  regime of Syrian president Bashar al Assad falls   , An Nahar newspaper  reported on Friday.

The ministerial sources told An Nahar that if such an influx takes place, the displaced Syrians will include  Assad supporters from several    sects.

The flow of Syrian refugees into Lebanon dropped sharply earlier this year due to restrictions imposed by Lebanese authorities.

An estimated 4 million people have fled Syria, with more than half of the country’s population displaced.

More Syrians have entered the country illegally and are not registered according to media reports.