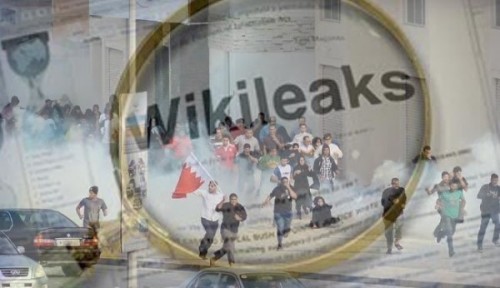 Saudi Arabia on Saturday urged its citizens not to distribute “documents that might be faked” in an apparent response to WikiLeaks’ publication on Friday of more than 60,000 documents it says are secret Saudi diplomatic communications.

The statement, made by the Foreign Ministry on its Twitter account, did not directly deny the documents’ authenticity.

But on Sunday, foreign ministry spokesperson Osama Naqli warned the country not to “allow enemies of the state to achieve their intentions in regards to exchanging or publishing any documents” and said “many of them had been fabricated in a very obvious manner”.

Naqli said investigations were under way and that the ministry would prosecute those involved, a statement on the Saudi news agency said.

The released documents, which WikiLeaks said were embassy communications, emails between diplomats and reports from other state bodies, include discussions of Saudi Arabia’s position regarding regional issues and efforts to influence media.

Reuters was not able to independently verify the authenticity of the released documents.

The world’s top oil exporter, an absolute monarchy, is highly sensitive to public criticism and has imprisoned activists for publishing attacks on the ruling Al Saud dynasty and senior clerics. It maintains tight control over media.

Since the 2011 Arab uprisings, Saudi authorities have grown increasingly intolerant of dissent, apparently fearful that the instability sweeping neighboring countries will in turn hit the conservative Islamic kingdom.

WikiLeaks said the released documents were a batch of more than half a million Saudi documents it has obtained and plans to publish.

WikiLeaks did not say where it obtained the documents, but it referred in a press release to Riyadh’s statement in May that it had suffered a breach of its computer networks, an attack later claimed by a group calling itself the Yemeni Cyber Army.