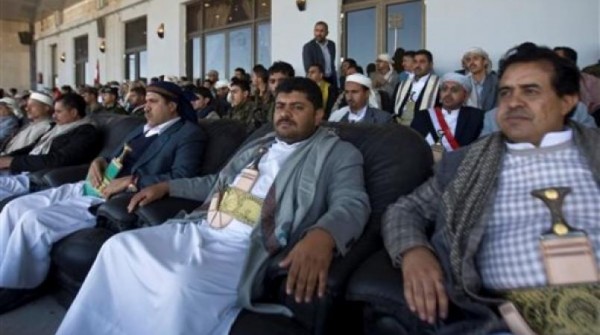 A plane meant to carry Shiite Houthi rebels and their allies ( PICTURED ABOVE) to talks in Geneva left Sanaa International Airport without the delegates on board, airport officials said Saturday.
Share:

A plane meant to carry Shiite Houthi rebels and their allies to talks in Geneva left Sanaa International Airport without the delegates on board, airport officials said Saturday.

The absence casts doubt on whether the U.N.-led meetings will be able to go forward as planned. The talks are slated to be first substantive meetings by all parties involved in the conflict.

The delegation representing the government of embattled President Abed Rabbo Mansour Hadi arrived in Geneva Saturday morning, an official from the presidency said.

A Houthi representative said that the Houthis objected to the idea of two separate delegations to the talks–one representing the embattled government, and one seen as representing a “coup.”

He said this arrangement created an environment aimed at pressuring the Houthis to withdraw from Sanaa, rather than continuing a broader multi-party discussion. The Houthis had initially welcomed the meetings.

The U.N. had said the talks would start as proximity talks but the U.N. would seek to bring warring factions around the same table.

The Yemeni government and the U.N. did not immediately comment. On Friday, the U.N. had announced that the talks would be pushed back a day until Monday “due to unforeseen circumstances” that would delay the arrival of one of the delegations.

The officials said dozens of civilians were injured in Saturday’s airstrikes near the homes of Saleh’s brothers Ali Saleh al-Ahmar, Mohammed Saleh al-Ahmar, and his nephew Yahya Mohammed Abdullah.

It was not immediately clear whether Saleh’s family members were present at the time.

Military units loyal to Saleh have aligned themselves with the Shiite rebels who overran the capital and large portions of the country.

All officials spoke on condition of anonymity because they were not authorized to speak to reporters.