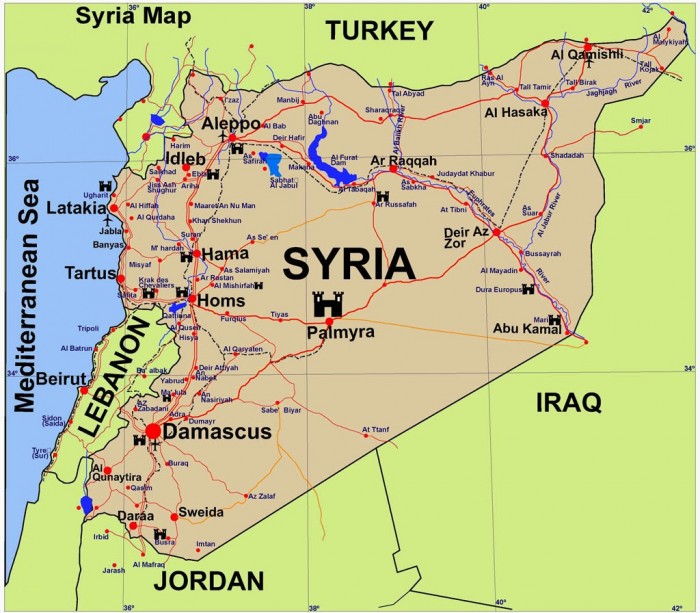 Syrian rebels seized a sprawling military base in a lightning assault Tuesday, marking the latest in a series of defeats for President Bashar Assad’s increasingly embattled forces, rebels and activists said.

Assad’s forces have suffered a stunning string of setbacks over the past three months at the hands of insurgents, members of al-Qaida’s local affiliate and the Islamic State extremist group. The government lost the northern city of Idlib, the central historic town of Palmyra and a southern border crossing point with Jordan.

The Western-backed rebel alliance known as the Southern Front led the dawn assault on the army base in the southern Daraa province, known as Brigade 52, said Ahmad al-Masalmeh, an opposition activist in Daraa. It is the biggest Syrian military base in the province and lies near a major highway running from Jordan to the capital Damascus. He said the rebels also captured the nearby village of Mleiha al-Sharqiyeh.

After a fierce six-hour battle, the rebels were in control of the air base, said Issam al-Rayyes, a spokesman for the Southern Front alliance.

“Brigade 52 is fully liberated after intense battles that saw regime soldiers rapidly collapse,” he told The Associated Press by telephone. He said the base, which borders the government-controlled Sweida province, was used by the army to shell civilian areas with deadly barrel bombs and artillery. It houses an air base, an infantry unit and an artillery and T-72 tank battalion.

He said the capture of the base triggered celebrations in nearby villages.

The Syrian government did not comment directly on the battle for Brigade 52. But state-run news agency SANA said army units struck “terrorist” groups in Daraa province. It said fighters trained in camps in neighboring Jordan, as well as weapons and ammunition bound for “terrorist organizations,” were flowing across the border into Daraa. The Syrian government refers to rebels fighting to topple Assad as terrorists.

Al-Rayyes said more than 67 soldiers were killed in the battle for Brigade 52, including seven officers. Eleven rebel fighters were also killed. The numbers could not be independently confirmed.

The Free Syrian Army’s Southern Front is an alliance of rebel groups backed by the U.S. and its allies, including Syria’s southern neighbor Jordan, which offers the group logistical support. Earlier this year, the rebels captured a string of towns from government forces. They aim to carve out a swath of territory leading to the doorstep of Assad’s seat of power in Damascus.

The Britain-based Syrian Observatory for Human Rights meanwhile said it has documented the deaths of 230,000 people since the Syrian conflict began in March 2011.

The Observatory, which relies on a network of activists inside Syria, said the dead include 69,494 civilians, among them 11,493 children. The conflict has also claimed the lives of 49,106 troops, 32,533 pro-government fighters and 38,592 rebels, it said. The others killed include army defectors, Islamic State militants, foreign fighters and members of Lebanon’s Hezbollah group, which is fighting alongside government forces.

Observatory director Rami Abdurrahman said the real death toll could be above 300,000, since there are tens of thousands of people who are missing or were buried without being counted.

The U.N. said last year that the war has killed at least 220,000 people. That figure has not been updated.

Syria’s conflict began with largely peaceful Arab Spring-inspired demonstrations demanding political reform, but eventually escalated into a civil war after the government responded with a violent crackdown on dissent. Today the country is split among Assad’s forces, the Islamic State group and rebel factions, many with Islamist ideologies.