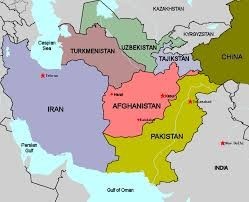 War in Afghanistan since the 2001 U.S.-led invasion overthrew the Taliban regime and sparked an insurgency has killed almost 100,000 people, and wounded the same number, according to a new report from Brown University.

The study, called Costs of War and produced by Brown University’s Watson Institute for International Studies, looks at war-related deaths, injuries and displacement in Afghanistan and Pakistan from 2001 to last year, when international combat troops left Afghanistan.

Noting a rise in annual figures for killed and wounded in recent years, she said the figures show that that the war in Afghanistan is not ending. “It is getting worse,” she said.

While military deaths are logged with precision, Crawford said, civilian figures are difficult to source. The report’s figures are based on statistics from the United Nations Assistance Mission in Afghanistan, as well as other sources, she said.

Breaking the figures down, the report finds that 26,270 Afghan civilians have been killed and 29,900 injured as a direct consequence of the war.

A downward trend in civilian deaths that began in 2008 had reversed, she said, and last year it became clear that insurgents were not distinguishing between civilian and combatants. Deaths that are impossible to attribute have also begun to rise.