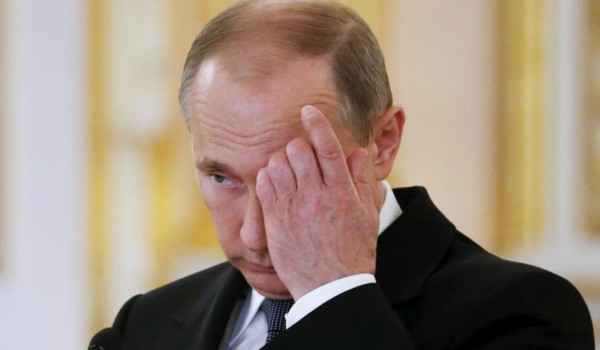 MOSCOW – President Vladimir Putin ordered on Thursday that deaths of Russian soldiers during special operations in peacetime should be classified as a state secret, a move that comes as Moscow stands accused of sending troops to fight in eastern Ukraine.

Putin, who has repeatedly denied any involvement of Russian troops in a pro-Russian separatist rebellion there, amended a decree that had previously classified only deaths during war time as secret.

Asked to explain the rationale behind Putin’s move, his spokesman Dmitry Peskov denied any link to Ukraine. “The improvement of the state secret law is under way,” he said in a conference call.

U.S. State Department spokesman Jeff Rathke said at a news briefing the law was a blow to free press and transparency.

“We see this as a misplaced effort to cover up what everyone knows, and that is that Russian active duty military personnel are fighting and dying in eastern Ukraine and that the Russian government is denying it,” he said.

Russia’s role in the turmoil in east Ukraine, where more than 6,100 people have been killed in over a year of fighting, has been one of the most contentious issues in a conflict that has thrown ties betweenMoscow and the West into disarray.

Boris Nemtsov, an opposition leader who initiated work on the report, was gunned down in February. His close aide who helped finalize the document, Ilya Yashin, told Reuters by telephone: “This shows that the war with Ukraine – undeclared but ongoing – is a major sore spot for Putin.”

The presidential decree refers to information held by the defense ministry, but could, he said, find broader application.

“This…should be seen as a threat to activists, politicians and journalists who deal with this.”

Sergei Krivenko, who heads a soldiers’ rights group and sits on the Kremlin’s advisory council on human rights, termed the presidential decree “within the logic of the current situation in Russia”

“If Russian authorities officially say there are no Russian troops in Ukraine, then, all the more so, there can be no losses,” he said.

Both cited the case of Svetlana Davydova, a Russian national charged with treason after calling theUkrainian embassy to say she had overheard a soldier’s conversation about troops from a nearby military base being sent to Ukraine.

Russia annexed Crimea from Ukraine last year after wresting control over the peninsula using troops with no insignia. Moscow initially vehemently denied they were Russian.

A Reuters reporter witnessed earlier this week the Russian army massing troops without insignia and hundreds of pieces of unmarked weaponry on the border with Ukraine.

Asked by Reuters if this indicated Russia planned an invasion of Ukraine, Peskov said: “I find the wording of this question…inappropriate as such.”

A fragile ceasefire has been in force in east Ukraine since February, but each side accuses the other of violations. Kiev fears Russia could commit troops to a push to extend control by separatist forces deeper into Ukrainian territory.