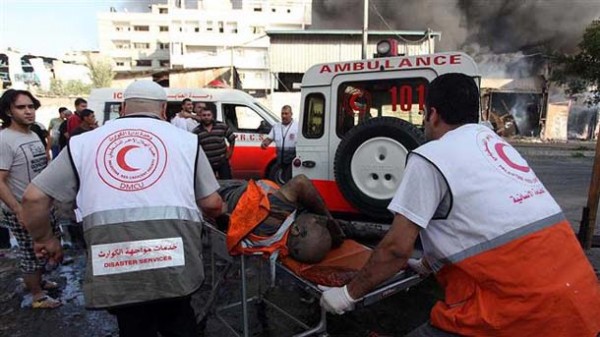 17 people have been wounded when Israeli soldiers opened fire during the Naqba commemoration rallies.
Share:

Clashes took place near Ramallah and farther north in Nablus, after a new Israeli cabinet took office and as Palestinians marked 67 years since the “Nakba”, or “catastrophe” that befell them when Israel was established in 1948.

At a demonstration outside Ofer military prison near Ramallah, dozens of protesters threw stones at soldiers who responded with tear gas and rubber bullets, an AFP correspondent said.

The Israeli army confirmed the clashes, but denied that live rounds were fired.

More than 1,000 settlers from nearby Jewish settlements were bused into the city to visit Joseph’s Tomb early in the day, and soldiers blocked off roads leading to the pilgrimage site, Palestinian witnesses and security sources said.

Palestinians protested, some throwing stones, before clashes with the army erupted.

A spokeswoman for the military said soldiers had “escorted” up to 3,000 Jewish visitors to the tomb since Wednesday evening, and that a crowd of some 200 Palestinians had approached the area throwing stones and burning tyres.

Palestinian officials have said the new lineup pushes the prospects of peace farther away than ever.

More than 760,000 Palestinians — estimated today to number around 5.5 million with their descendants — fled or were driven from their homes in 1948, with the Nakba marked every May 15.

For the Palestinians, the right to return to homes they fled or were forced out of is a prerequisite for any peace agreement with Israel, but it is a demand the Jewish state has rejected out of hand.