HSBC warns about the next recession. “The world economy is like a ship without lifeboats” 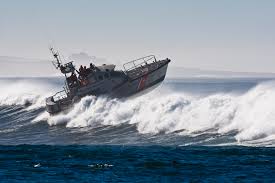 HSBC chief economist Stephen King is already thinking about the next recession.

In a note to clients Wednesday, he warns: “The world economy is like an ocean liner without lifeboats. If another recession hits, it could be a truly titanic struggle for policymakers.”

Whereas previous recoveries have enabled monetary and fiscal policymakers to replenish their ammunition, this recovery — both in the US and elsewhere — has been distinguished by a persistent munitions shortage. This is a major problem. In all recessions since the 1970s, the US Fed funds rate has fallen by a minimum of 5 percentage points. That kind of traditional stimulus is now completely ruled out.

King notes that this far into the recovery, there’s a lack of “traditional policy ammunition.” For instance, Treasury yields have not risen, the budget deficit is not falling, and welfare payments are still on the rise.

As for what might trigger the next recession, King highlighted four things:

Wage growth will hurt corporate earnings and reduce the share of corporate profit contributing to US gross domestic product (it also doesn’t help that worker productivity is low). In turn, households and businesses will lose confidence in the economy, and the “equity bubble” will burst with collapsing stock prices.

Nonbank financial systems such as insurance companies and pension funds will increasingly not be able to meet future obligations. This will cause a huge demand for liquid assets, forcing people to rush to sell despite no matching demand, triggering a recession.

Forces beyond the Federal Reserve’s control, including the possibility that China’s economy and its currency could collapse. Weak commodity prices could also cause collapses in several emerging markets, as could continued strength in the US dollar.

The Fed could cause the next recession by raising interest rates too soon, repeating the mistakes of the European Central Bank in 2011 and the Bank of Japan in 2000.
Business insider