Muhaybib, south Lebanon – Viewed from the air, Muhaybib looks like a typical southern Lebanese village — a cluster of about 90 houses and buildings punctuated by the minaret of a mosque and surrounded by fields.

But when the Israeli military trains its lens on that hilltop Shiite village close to the border, it sees nine arms depots, five rocket-launching sites, four infantry positions, signs of three underground tunnels, three antitank positions and, in the very center of the village, a Hezbollah command post.

As Israel prepares for what it sees as an almost inevitable next battle with Hezbollah, the Shiite Lebanese organization that fought a monthlong war against Israel in 2006, Israeli military officials and experts are warning that the group has done more than significantly build up its firepower since then. 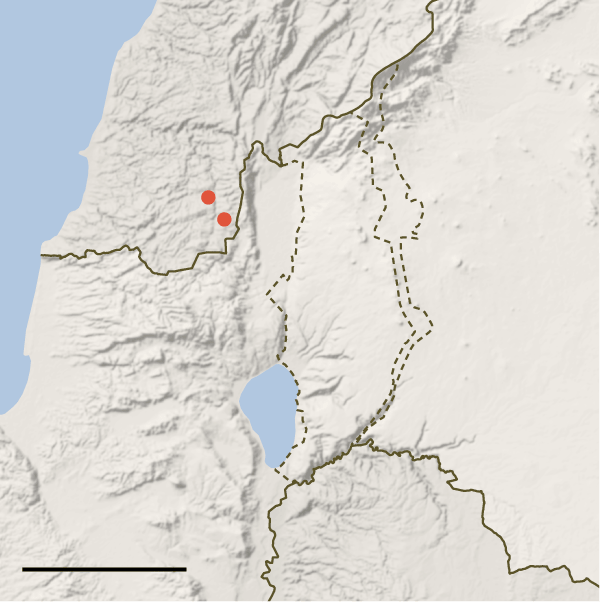 Maps and aerial photography provided to The New York Times by Israeli military officials this week illustrate, they say, that Hezbollah has moved most of its military infrastructure into the Shiite villages of southern Lebanon and around their perimeters. Israel says this amounts to using the civilians as a human shield.

Without knowing when the next war will break out, or what might precipitate it, the Israelis are blunt about the implications: They will not hesitate to strike at those targets, so southern Lebanon will most likely be the scene of widespread destruction.

Effectively, the Israelis are warning that in the event of another conflict with Hezbollah, many Lebanese civilians will probably be killed, and that it should not be considered Israel’s fault.

“The civilians are living in a military compound,” a senior Israeli military official said at military headquarters in Tel Aviv, speaking on the condition of anonymity because he was discussing delicate intelligence matters.

“We will hit Hezbollah hard, while making every effort to limit civilian casualties as much as we can,” the official said, but “we do not intend to stand by helplessly in the face of rocket attacks.”

The Israeli military says that a few miles northwest of Muhaybib, in the larger village of Shaqra, with a population of about 4,000, it has identified about 400 military sites and facilities belonging to Hezbollah, which Israel says has been armed by Iran and Syria.

Zooming out over a wider section of southern Lebanon, the Israeli military says the number of potential targets for Israel in and around villages runs into the thousands.

Israeli military officials said they were publicizing the Hezbollah buildup to put the problem on the international agenda in case there is another conflict — and to possibly decrease the chances of one breaking out.

The Israeli claims could not be independently verified.

A Hezbollah sympathizer in Lebanon who is familiar with the organization’s military activities said that he would not comment on the movements of forces for operational reasons, but that the group asserted “a continuous right to proceed with any step that may reinforce our defenses for Lebanon and the Lebanese.” The man refused to be identified in accordance with Hezbollah’s security policy.

The man said the Israeli allegations “don’t deserve any response,” adding that Israel had killed civilians in Lebanon during past conflicts. He noted cases of Israeli strikes hitting United Nations positions during hostilities, including in Qana in 1996, when more than 100 people were killed in a United Nations shelter.

A relatively long, if fragile, calm has prevailed along Israel’s northern border since 2006. Israel believes that the war that year restored a degree of deterrence, though the way it was conducted drew vehement criticism in Israel. More than 1,000 Lebanese and dozens of Israelis were killed.

Now, Hezbollah is deeply entangled in Syria, supporting the embattled government of President Bashar al-Assad. Thousands of Hezbollah fighters are there, and some 600 have been killed, by Israel’s reckoning.

Still, the Israeli-Lebanese border has grown increasingly tense, not least because of airstrikes against munitions shipments destined for Hezbollah in Lebanon. The attacks on weapons convoys and stockpiles in Syria have been attributed to Israel.

In addition, Israel has accused Iran of helping Hezbollah establish a militant network on the Syrian-controlled side of the Golan Heights, with the aim of attacking Israeli targets.

In January, an Israeli airstrike over Syria killed six Hezbollah fighters, including the son of the group’s former military commander, who was himself killed in 2008, and an Iranian general.

Hezbollah retaliated by firing guided antitank missiles at Israeli military vehicles in a disputed area along the Lebanese border, killing two Israeli soldiers. An Israeli investigation concluded that the missiles had been the most up-to-date Russian Kornet type.

Israel says the situation is similar in the Gaza Strip, where, it says, Hamas is using the same tactic of hiding its forces among civilians.

“Historically, armed forces have separated themselves from the population, in uniform,” the senior Israeli military official said. “This is not the case here or in Gaza.” He accused Hezbollah of cynically using civilians.

Israel also seems to be trying to pre-empt or deflect the inevitable international censure that comes with civilian casualties. The United Nations Human Rights Council is due to publish a report on the 50-day conflict in Gaza last summer that left more than 2,100 Palestinians dead, most of them civilians, according to the United Nations. More than 70 Israelis were killed, most of them soldiers.

Israel may also be trying to deter Hezbollah from provoking a fight by showing that is well informed and well prepared.

The Israeli military says Hezbollah has increased its firepower tenfold since 2006 and now possesses about 100,000 rockets and missiles. Most are short-range Katyusha-type rockets, it says, but the arsenal also includes thousands of medium-range missiles that could reach Tel Aviv, and hundreds that could reach any part of Israel.

Hezbollah’s leader, Hassan Nasrallah, has said in public statements and interviews that the group is far stronger now than at the end of the 2006 war.

“These abilities have multiplied with time,” the official with knowledge of Hezbollah’s forces added, declining to give details.

Hezbollah has sheltered in villages to some extent for many years. But Israel says the group has increasingly moved into built-up areas and out of the open ground where much of the 2006 fighting took place.

“At the end of the day, it means that many, many Lebanese will be killed,” said Yaakov Amidror, a former national security adviser now at the Begin-Sadat Center for Strategic Studies at Bar-Ilan University near Tel Aviv. “Where is the world? Why does it not stop the buildup?”

Amos Yadlin, who was Israel’s chief of military intelligence from 2006 to 2010 and is now the director of the Institute for National Security Studies at Tel Aviv University, said, “We already made it clear in 2006 that people in the villages do not have immunity if we have intelligence that they intend to fire at Israel,” particularly, he said, because Hezbollah fires rockets indiscriminately.

In the period before 2000, when Israel occupied southern Lebanon, there was a broad Lebanese consensus that Hezbollah was legitimately resisting occupation.

Since then, though, Hezbollah has become a major factor in domestic politics, and the country has grown divided over its maintenance of an independent arsenal and the ability to start wars affecting the whole country.

Hezbollah argues that the official Lebanese Army is not capable of defending the country from Israel, and it has broad popular support among the mostly Shiite population of southern Lebanon.

In March, the United Nations Security Council expressed “deep concern” over the recent episodes across the border and in the area of operations of the United Nations Interim Force in Lebanon, including the killing of a Spanish peacekeeper by Israeli fire in January, and noted what it called “the presence of unauthorized weapons” there. Hezbollah says the Israelis often violate the Lebanese border in the air and on the ground.

An Israeli expert familiar with military planning said that if Israel attacked Lebanon again, it would probably do so in three phases. First, it would strike without warning at targets that pose the greatest threat, he said; then it would call for civilians to evacuate southern Lebanon. Once a critical mass of people had left, ground troops would move in.