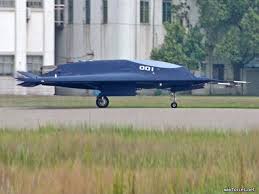 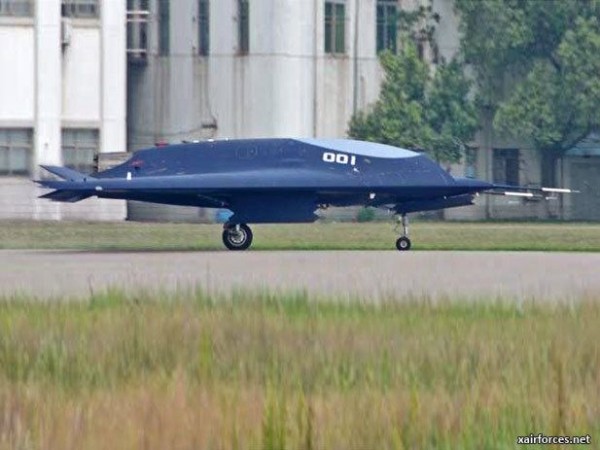 “The acquisition and development of longer-range UAVs will increase China’s ability to conduct long-range reconnaissance and strike operations,” the report said.

China’s ability to use drones is increasing and the report said China “plans to produce upwards of 41,800 land- and sea-based unmanned systems, worth about $10.5 billion, between 2014 and 2023.”

Four UAVs under development include the Xianglong, Yilong, Sky Saber, and Lijian, with the latter three drones configured to fire precision-strike weapons.

The drone buildup is part of what the Pentagon identified as a decades-long military buildup that last year produced new multi-warhead missiles and a large number of submarines and ships.

Additionally, the Pentagon for the first time confirmed China’s development of an ultra-high speed maneuvering strike vehicle as part of its growing strategic nuclear arsenal.

“The United States and China acknowledge that the Chinese tested a hypersonic glide vehicle in 2014,” the report noted.

It was the first time the Pentagon confirmed the existence of what is known as the Wu-14 hypersonic glide vehicle, a strike weapon that travels at the edge of space at nearly 10 times the speed of sound.

The Wu-14, designed to deliver nuclear weapons through U.S. missile defenses, was first disclosed by the Washington Free Beacon, which reported on three tests conducted in 2014.

“Together with the increased mobility and survivability of the new generation of missiles, these technologies and training enhancements strengthen China’s nuclear force and bolster its strategic strike capabilities,” the report said. 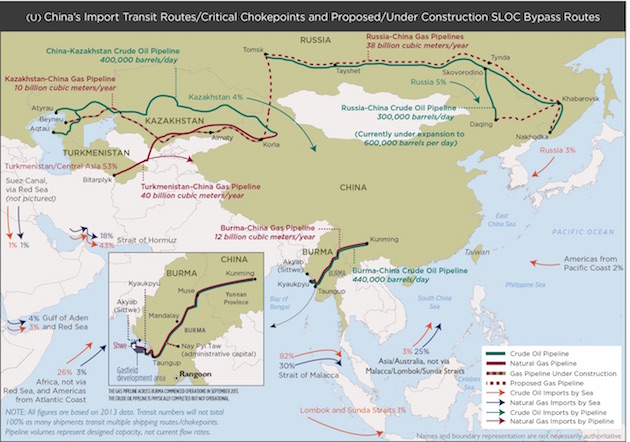 “China will likely continue to invest considerable resources to maintain a limited, but survivable, nuclear force to ensure the PLA can deliver a damaging responsive nuclear strike.”

Rick Fisher, a China military affairs analyst, said the report is the Pentagon’s most detailed assessment in recent years.

“By far it is the most detailed PLA report in terms of explaining near to medium term threat vectors but does not venture enough into the far term, the later 2020s and beyond,” said Fisher, with the International Assessment and Strategy Center.

The report also highlights the threat facing Taiwan. “It is a tragedy that the Obama administration does not pay attention to these assessments when it continually denies Taiwan new weapons systems it requires to continue to deter China,” Fisher said.

The Chinese military, once a backward, ill-equipped force, is rapidly becoming a very sophisticated high-technology military organization that is focused on developing asymmetric warfare capabilities that will allow it to defeat the United States or other advanced militaries in a future conflict.

The new capabilities include anti-satellite weapons, including a high-earth orbit missile capable of hitting strategic satellites as high as 22,000 miles in space, and cyber warfare capabilities.

But the major weapons systems that receive the most attention in Chinese defense spending, estimated by the Pentagon to be more than $175 billion annually, are missiles.

China’s Second Artillery Corps, as its nuclear and conventional missile service is called, is building several new classes and upgrades of offensive missiles, including hypersonic vehicles.

More than 1,200 short-range missiles are now deployed within range of Taiwan, with which China has vowed to reunite, with force if necessary, since the island broke away at the end of the 1940s civil war against the Communists.

“The CSS-11, coupled with the already deployed conventional variant of the CSS-5 (DF-21) medium-range ballistic missile (MRBM), will improve China’s ability to strike not only Taiwan, but other regional targets.”

Additionally, deployment of another new weapon, the DF-21D anti-ship ballistic missile, continued last year. The missile has a maneuverable warhead and can attack ships at ranges of up to 930 miles in the western Pacific Ocean.

Its 50 to 60 long-range missiles include multi-warhead variants, and three road-mobile ICBMs also are deployed or in development.

“A new generation of mobile missiles, with warheads consisting of MIRVs and penetration aids, are intended to ensure the viability of China’s strategic deterrent in the face of continued advances in U.S. and, to a lesser extent, Russian strategic [intelligence, surveillance, reconnaissance] ISR, precision strike, and missile defense capabilities,” the report said.

China asserts its policy on nuclear war is not to be the first to use nuclear arms in a conflict, but the report said there is “ambiguity” about whether or not China would be the first to fire nuclear missiles.

The military, unlike most other nations’ armed forces, remains an arm of the ruling Communist Party and its top priority is not to defend the nation but preserve the power of the party, the report said.

Four ballistic missile submarines, known as the Jin-class, have been deployed and another is under construction. The submarines will carry JL-2 missiles and their first patrols are expected this year.

The People’s Liberation Army is also developing military “information operations” for a future conflict that will involve cyber attacks to create an “information blockade using both military and non-military attacks against space satellites.”

“China’s investments in advanced EW systems, counterspace weapons, and cyberspace operations—combined with more traditional forms of control historically associated with the PLA and CPC systems, such as propaganda and denial through opacity—reflect the emphasis and priority China’s leaders place on building capability for information advantage,” the report said.

Offensive cyber attacks will be used to support other high-tech weapons and will strike “critical nodes to disrupt adversary networks throughout the region.”

On cyber warfare, the Pentagon said China’s cyber warriors will be used for intelligence and offensive cyber attacks, slowing an enemy’s military actions, and that they will be used in combination with conventional or nuclear weapons.

China’s military has identified information warfare as “integral to achieving information superiority and an effective means for countering a stronger foe,” the report said.

The cyber penetrations “are similar to those necessary to conduct offensive cyber operations,” the report said.

China’s space warfare capabilities continue to expand. Beijing, in July 2014, conducted an anti-satellite missile test that was similar to the one in 2007 that destroyed a weather satellite and left thousands of pieces of dangerous floating debris. The July test, however, did not create debris.

The U.S. government protested the test “due to the evidence suggesting that this was a follow-up to the 2007 destructive test,” the report said.

The report also confirmed that the May 13, 2013 anti-satellite missile test reached 18,641 miles into space—enough to hit all U.S. spy and communications satellites.

“The launch profile was not consistent with traditional space-launch vehicles, ballistic missiles or sounding rocket launches used for scientific research,” the report said. “It could, however, have been a test of technologies with a counterspace mission in geosynchronous orbit.”

The test of what the Pentagon calls a DN-2 ASAT (anti-satellite) missile was first reported by the Free Beacon.

The report sought to highlight increased military exchanges between the United States and China but noted that “there are still incidents that highlight the need for continued dialogue in order to reduce risk of miscalculation or misunderstanding.”

Notable was an August 2014 incident involving a PLA Navy fighter jet that flew within 30 feet of a Navy P-8 maritime patrol aircraft on a routine mission in international airspace over the South China Sea.

“The United States protested the dangerous intercept,” the report said, adding, there have been no similar intercepts reported since.

Other elements of China’s submarine fleet include 13 Song-class and 13 Yuan-class vessels. The Yuan has quiet running air independent propulsion, and 20 more are scheduled for production.

Aircraft include two new stealth fighters, the J-20 and J-31.

“The prototype, referred to as the J-31, is similar in size to a U.S. F-35 fighter and appears to incorporate design characteristics similar to the J-20,” the report said.

Regarding regional maritime disputes, the report said China is using its military and coast guard for “low-intensity coercion” in the South China Sea against Vietnam and Philippines and against Japan in in the East China Sea over the disputed Senkaku Islands.

The report also revealed that China’s reliance on imported energy resources is increasing, raising concerns China will continued to expand its power to control waterways and areas of the world that provide oil and gas resources.

China last year imported about 60 percent of its oil supply and the figure is expected to grow to 80 percent by 2035.

Chinese nationalism is also on the rise. The report said Communist leaders are exploiting nationalist sentiment among the Chinese “to bolster the legitimacy of the Party, deflect domestic criticism, and justify their own inflexibility in dialogues with foreign interlocutors.”