Iran Between A Rock And A Hard Place 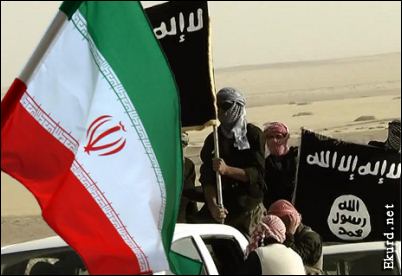 Recent setbacks for the regime in Syria could give an unexpected push to the UN-sponsored Geneva talks, which began Monday and are slated to last for a month or more. UN Syria Envoy Staffan de Mistura will hold separate in-depth consultations with representatives of the regime, the Syrian National Coalition and local opposition members in addition to ambassadors of key international and regional states, including Iran.

The consultations will focus on ways to implement the Geneva I outcomes; paving the way for a political transition. Iran was not invited to the Geneva II meeting last year, which failed to reach an agreement. Hopes for this week’s talks remain low but their final outcome will depend on a number of factors including the course that ongoing military confrontations in northern and southern Syria will take.

Late last month a coalition of mostly Islamist rebel group, fighting under the banner of the Conquest Army, was able to drive government forces from the city of Idlib. Few days later the same coalition was able to take the strategic city of Jisr Al-Shugour in the same governorate. Since then repeated attempts by regime forces to halt the advance of Islamist insurgents, led by Al-Nusrah Front, were met with failure. The Conquest Army is now advancing toward the mountains overlooking Latakia governorate and the Syrian coast, and has cut regime supply lines to Aleppo. At one point the rebels were about 40 km north of Latakia, a key city with symbolic and strategic value for the regime of Bashar Assad.

Recent victories in the north came in the wake of bitter defeats by Iranian Revolutionary Guard (IRG) and Hezbollah fighters in the south. A major Iran-led operation to retake Darra, Qunaitra and parts of Damascus countryside was repulsed by the Free Syrian Army (FSA) and Al-Nusrah Front. Not only that the rebels were able to capture Busra Al-Sham and the Nasib border crossing with Jordan. On Monday, Al-Nusrah launched a fresh assault against Hezbollah strongholds in Al Qalamoun Mountains on the border with Lebanon.

Regime’s recent losses have put unprecedented pressure on the Damascus-Tehran alliance. News reports say that no IRG and Hezbollah fighters participated in the battles in Idlib and that government forces were left to fight on their own. Furthermore, it was reported that Islamist rebels had used sophisticated weapons, such as armor piercing rockets, as they made their advance.

These defeats have undermined morale both within government forces and inside the political and military structure of the Damascus regime. Unconfirmed reports speak of internal conflicts within Assad’s top leadership, especially after the death, in suspicious circumstances, of a top aide and former Syrian political security chief; Rustom Ghazaleh two weeks ago.

There are signs that Iran may be rethinking its strategy in Syria and in particular its long-term support of President Assad.

There are a number of factors that are behind this potential change in strategy and objectives. Most of Iran’s military resources, including Shiite fighters who were in Syria, have been diverted to Iraq to face the Islamic State (IS). The Popular Mobilization militias in Iraq are made up of Shiite recruits and are said to be under the command of Iranian generals. Iran’s stakes in Iraq are much more higher and it makes sense that it shifts its attention to the Iraqi battlefields at this juncture.

Furthermore, the Saudi-led air campaign in Yemen has foiled Iran’s scheme to extend its influence to that country. The military operation has cut off supply routes between Iran and the Houthi-Saleh alliance, which is waging war to take over the country. The new front in Yemen has shifted Tehran’s attention from Syria, as Saudi Arabia was able to build an Arab coalition to confront Iranian regional ambitions.

In addition to this Iran is keen on concluding its deal with the international community over its nuclear program; a deal that promises to lift biting sanctions that have crippled the Iranian economy and readmit Tehran into the international community of nations. There are those within the Iranian leadership who would like to normalize their country’s relationship with its neighbors and limit the influence of the “revolutionary” flank that has wasted Iran’s resources on outside adventures.

The possible change in Iran’s position on Syria is worrying the Assad regime as noted by the fact that pro-Iran columnists in both Damascus and Beirut have openly criticized Tehran for failing to come to the aid of government forces in Idlib. The fact that Iran is now participating in the Geneva talks may shed some light on the evolving Iranian position.

Such change in position might not be good news for Assad, but it doesn’t mean that the Syrian conflict could witness a breakthrough in the coming days. The regime will fight until the end, compounding the humanitarian crisis.