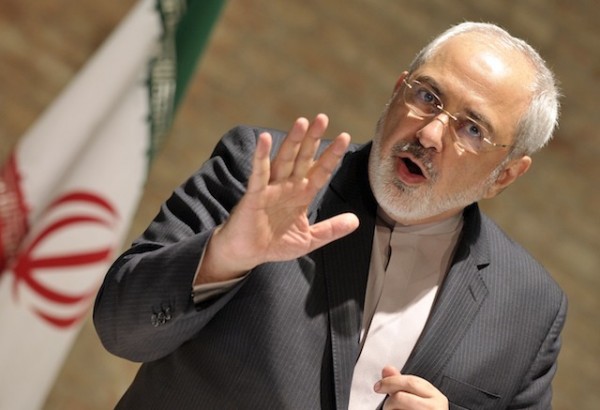 Tehran’s largest cemetery, Behesht-e Zahra, contains the graves of thousands of Iranians killed in battle. There’s also a polished stone monument bearing this inscription: “To the memory of two Muslim Lebanese youths who on the morning of Sunday October 23, 1983, in two simultaneous martyrdom operations, with trucks carrying explosives, attacked the headquarters of American occupiers (in South Beirut) and headquarters of French occupiers (in West Beirut) killing 241 American marines and 48 French paratroopers. Their names we do not know, but we will continue their path.”

We do know the name of the man who planned those mass murders – against not “occupiers” but international peacekeepers working under UN auspices at the request of the Lebanese government. Imad Mugniyeh was a commander of Hezbollah, Iran’s Lebanon-based terrorist proxy. Among other attacks for which he was responsible: the hijacking of TWA Flight 847 and the prolonged torture and eventual murder of CIA Beirut station chief William Buckley.

And last week, at New York University, there was this event: A Conversation With “His Excellency Dr. Mohammad Javad Zarif, Foreign Minister of the Islamic Republic of Iran.” What did he say in response to questions about the tribute he paid to Mr. Mugniyeh?

Not a word. No one thought to ask.

Instead, Dr. Zarif was given an opportunity to hold forth on a range of topics. The New York Timeswas impressed with his “suave fluency in English” and “familiarity with American history and law.” It found him “easygoing and smiling, living up to his image as a diplomatic charmer to an audience that was polite and respectful.”

However, Iran’s top diplomat did assume “a blunter tone” when discussing the U.S. Congress where there is bipartisan skepticism about the agreement that is to be finalized by June 30. In particular, he “took a few verbal pokes” at “Senator Tom Cotton, the Arkansas Republican who drafted a letter signed by 47 Republican senators warning Iran’s leadership that the validity of President Obama’s signature on an agreement could be undone by the next administration.”

Just so we’re clear: “This government” means President Obama who is planning to “enter into” an agreement even if most members of Congress consider it detrimental to the security of the U.S and its allies. Mr. Obama plans to do this by not calling the agreement a treaty – which would require a Senate vote for ratification – but rather a non-binding “executive agreement” that he can then turn over to the UN Security Council which will produce what Dr. Zarif called a “mandatory resolution” that will bind the U.S. “whether Senator Cotton likes it or not.”

That last quip evoked laughter from the audience. “I couldn’t avoid [saying] that,” Dr. Zarif playfully conceded. “I am tempted to say you will pay for that,” responded the moderator, Washington Post columnist David Ignatius

I am tempted to say he will not — just as he is not paying for the fact that the government he represents is right now imprisoning four Americans, among them Washington Post correspondent Jason Rezaian. Asked about that by Mr. Ignatius, Dr. Zarif said he hoped Mr. Rezaian would be able to “clear his name” in an Iranian court.

In The New Yorker, Dexter Filkins – a journalist for whom I have enormous admiration — did report without equivocation that Dr. Zarif “is the foreign minister of a state that has killed hundreds of Americans (in Iraq, in Lebanon), and is possibly the world’s most active sponsor of terrorism.”

Mr. Filkins added: “He doesn’t apologize for, or even acknowledge, any of that. You get the sense, watching Zarif, that his most difficult job is not haggling over the details of a nuclear agreement with the West as much as keeping the darker forces in his own government at bay.”

That is indeed the conventional wisdom. But if it were true would he have laid a wreath at the grave of Mr. Mugniyeh? Was that part of his strategy for keeping those darker forces at bay?

Two of my Foundation for Defense of Democracies colleagues, Reuel Marc Gerecht, a former CIA operative, and Ali Alfoneh, an Iranian-born scholar, have long been studying Dr. Zarif –reading his memoir, published last year, and just about everything else he’s written.

Their conclusion: The “affable foreign minister turns out to be every bit as religiously ideological as the radicalized student activist he was in the late 1970s” when Iran’s Islamic revolutionaries seized the U.S. embassy in Tehran — “which Zarif still calls the ‘Den of Espionage’” – holding the diplomats hostage for 444 days. Dr. Zarif’s goal is “to preserve the Islamic revolution, not to transform it.”

This statement seems particularly telling: “We have a fundamental problem with the West and especially with America. This is because we are claimants of a mission, which has a global dimension. It has nothing to do with the level of our strength, and is related to the source of our raison d’être.” The Islamic Republic, he added, has a “defined a global vocation, both in the Constitution and in the ultimate objectives of the Islamic revolution. I believe that we do not exist without our revolutionary goals.”

What did Dr. Zarif say about that during the conversation at NYU last week? Not a word. No one thought to ask.