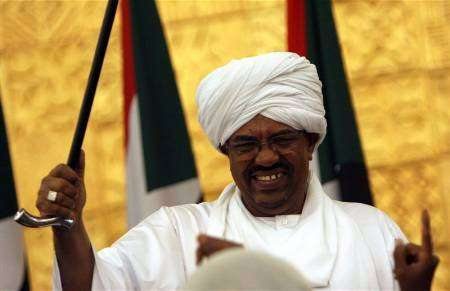 Sudanese President Omar Hassan al-Bashir extended his quarter-century in power with landslide election victories for himself and his ruling party, according to results announced on Monday, and dismissed allegations that voters had been denied any real choice.

The 71-year-old looks set to tighten his grip on the oil producer, facing a divided and diminished opposition that mostly boycotted the poll held earlier this month.

“Voters didn’t bother to vote or pay attention because they didn’t see it as a real election,” said Abdelwahab El Effendi, a Sudan expert at the University of Westminster. “Even for supporters of the government, it wasn’t worth their while to go to a polling station because they knew who would win.”

Bashir’s critics complain of a crackdown on media, civil society and political opposition groups, and the European Union had accused Sudan of failing to hold a genuine national dialogue to ease its conflicts, or to create a “conducive environment” for the elections.

But in a victory speech hours after the results were announced, Bashir hit back.

“We do not accept the supervision or the dictates of others … Sudan is a free country and we don’t accept others’ orders.”

Bashir told voters during the campaign that only he could steer Sudan away from the chaos engulfing several Arab countries, where he said Western-backed aspirations for democracy had taken priority over stability.

But Sudan is not free of challenges.

It has faced a rebellion in the Darfur region since 2003, and a separate but linked insurgency in Blue Nile and South Kordofan since the secession of South Sudan in 2011.

Bashir himself is facing charges at the International Criminal Court, which he denies, that he masterminded genocide and other atrocities in his campaign to crush the Darfur revolt.