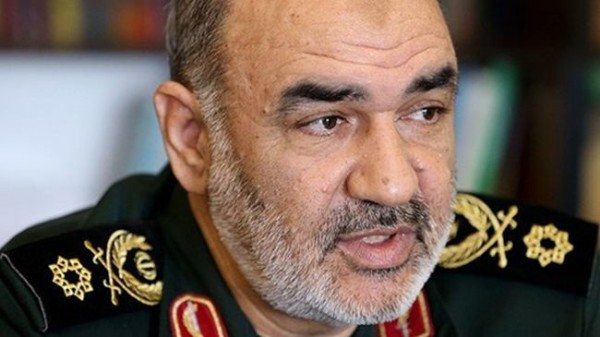 Hossein Salami
Share:
International nuclear inspectors will be barred from all Iranian military sites under any deal with world powers, a senior commander in the Revolutionary Guard said Sunday, setting up a possible standoff as negotiators try to reach a final deal.

Gen. Hossein Salami, the Guard’s deputy leader, told Iranian state television that allowing foreign inspection of military sites is tantamount to “selling out,” raising the stakes as talks between Iran and the six-nation group are to resume April 22 in Vienna.

“We will respond with hot lead (bullets) to those who speak of it,” Salami said. “Iran will not become a paradise for spies. We will not roll out the red carpet for the enemy.”

Salami said allowing foreign inspectors to visit a military base would amount to “occupation,” and expose “military and defense secrets.”

“It means humiliating a nation,” Salami added. “They will not even be permitted to inspect the most normal military site in their dreams.” 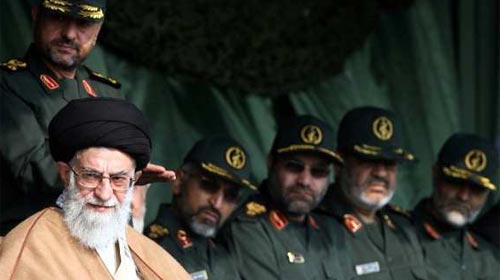 But such inspections have happened before. In 2005, Iran allowed inspectors from the United Nations nuclear watchdog to visit its Parchin military site as a confidence-building measure, but denied further visits, fearing espionage.

A fact sheet on the framework accord issued by the U.S. State Department said Iran would be required to grant the U.N. nuclear agency access to any “suspicious sites.” Iran has questioned that and other language in the fact sheet. Iran has so far declined to release its own fact sheet about the framework deal, but has said it would welcome snap inspections of civilian sites.

“Americans, Europeans and some apple polishers fabricated the myth of nuclear weapons to say that the Islamic Republic was a threat. No. The threat is America itself,” he told military commanders Sunday.

Khamenei’s remarks are seen as an effort by Iran to toughen its position ahead of the next round of talks.