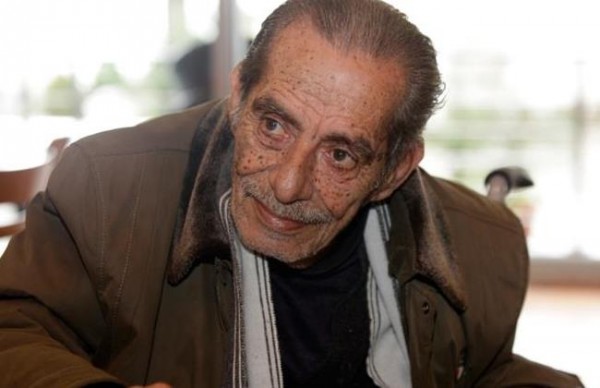 Prominent Lebanese playwright Raymond Gebara died Tuesday at the age of 80 following a battle with illness.

Gebara died at the Bhanness Medical Center in Metn.

The renowned artist was born in 1935 in the Metn district town of Qornet Shehwan. He studied at the Sagesse School before traveling to Paris to study theater.

Along with a companion, he established the House of Arts and Literature. He later became the president of the UNESCO-affiliated Lebanese Center for Theater.

Gebara was considered one of the most prominent figures in Lebanese and Arab drama, writing directing, and acting in a large number of plays.

As a professor of fine arts at the Lebanese University, Gebara worked with several actors who have since risen to the sphere of Lebanon’s stage and screen.

Gebara is survived by two children and his wife Mona al-Bashaalani.

His most notable works include:

Thieves and liars
In Interview on February 23 Gebara was a well known observer and critic of Lebanon , a country, he described as full of “thieves and liars” , but at the same time has been his main source of inspiration.

As a professor of fine arts at the Lebanese University, Gebara has worked with several actors who have since risen to the firmament of Lebanon’s stage and screen.

Though he says he doesn’t “take part in any political parties,” Gebara is also recognized for his satirical political columns in Al-Nahar newspaper, and in March 2012 the municipality of Gebara’s hometown of Qornet Shehwan paid a tribute to his career.

Though his physical stature diminished several years ago due to hemiplegia (a disease that induces paralysis), Gebara’s wit remained vigorous and his opinions were highly regarded.

Orginal
He was well known to be original and against copying anyone.

In the interview he was quoted as saying:

“I don’t imitate anyone. The first thing I teach my students is to never imitate. I put a ladder against a wall and tell a student to go up that ladder. He goes up. Then, I ask another student to go further up. He climbs the ladder and asks, “How can I go further up?” I tell him, “You can’t. You need another ladder.”

We should never copy. It’s like these young girls who get a nose job. They all look alike.

He reportedly had any regrets

“I am … a mountain of regrets. It is because I think the human condition is not good. Civilization, or what we call civilization, is wrong. In the prehistoric age, when they were afraid of a wolf or a wild beast, they used to light a fire [to frighten it off]. Now, we cannot do anything about this fear, because this fear of wolves is in our veins.