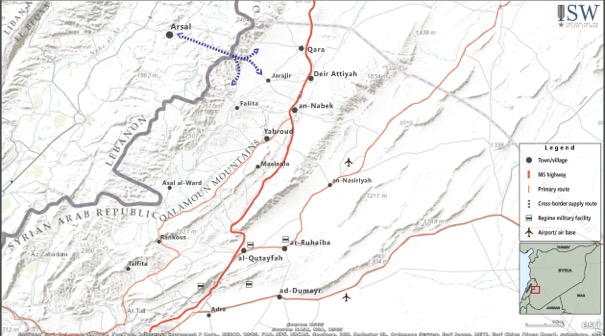 Syrian opposition fighters defeated Hezbollah after a deadly gun-battle and seized control overnight of a strategic hill overlooking the Qalamoun village of Falita near the border with Lebanon, according to security sources.

At dawn, the Syrian rebels stormed the hilltop position after engaging Hezbollah fighters in a clash with assault rifles and rocket-propelled grenades, according to the reports.

They said opposition fighters seized full control of the hilltop, killing several Hezbollah members, while others managed to flee to other Hezbollah positions.

The sources said the operation comes as part of efforts to unite warring opposition parties with the aim of wrestling full control of the Qalamoun region from Syrian army and Hezbollah forces.