“Greece is not a beggar”, says its PM during a visit to Moscow 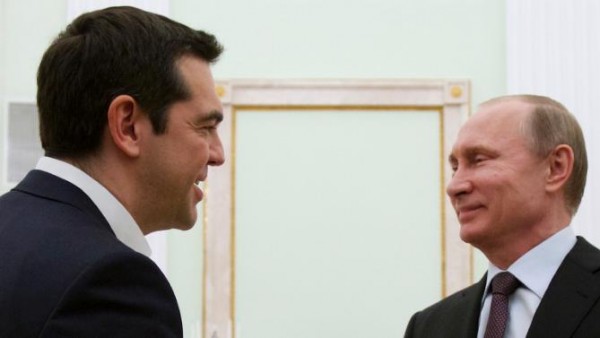 Greece is simply exercising its right to boost relations with other countries and is not seeking financial aid from Russia to solve a problem that is European in nature, Prime Minister Alexis Tsipras said on a trip to Moscow on Wednesday.

“Greece is not a beggar going around to countries asking them to solve its economic problem, an economic crisis that doesn’t only concern Greece but is a European crisis,” Tsipras told a news conference with Russian President Vladimir Putin.

“Greece is a sovereign country with an unquestionable right to implement a multi-dimensional foreign policy and exploit its geopolitical role,” Tsipras said, in response to questions about whether Greece would turn to Russia for aid.

“We fully respect our commitments to all international organizations where we participate and want to take advantage of our potential to promote mutually beneficial agreements.”