Assad has no role in Syria’s future, says British FM 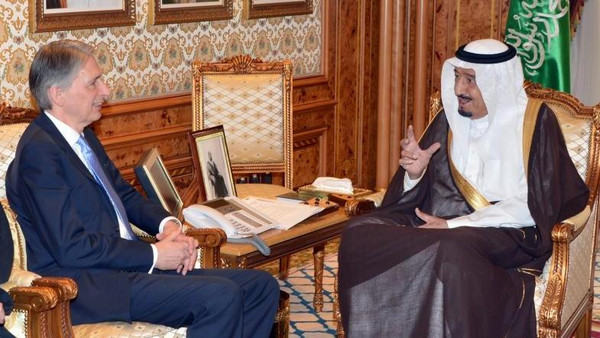 Visiting British Foreign Secretary Philip Hammond on Monday said there is no chance for Syrian President Bashar al-Assad to have a role in the future of Syria, according to local Al Arabiya news.

Hammond, who is on a visit to Saudi Arabia, told the press that his country supports moderate Syrian opposition and efforts to stop the flow of fighters and money to the Islamic State (IS). Military operations are not the only solution to defeat the IS, he said.

He also highlighted British concerns over the situations in Yemen, while voicing Britain’s support to the Yemeni president, Abd Rabbuh Mansur Hadi.

The Saudi foreign minister, Prince Saud Al Faisal, said he and his British counterpart dealt with regional issues, mainly the crisis in Syria and Yemen, as well as Iran’s nuclear program.

The dangerous situations in the area require joint stances, the Saudi minister said, blaming Iran for its hostility and interference in the affairs of regional countries.

Saudi Arabia has been inviting world leaders to promote an international joint effort to deal with regional disturbances and terrorism, especially in Syria, Iraq and Yemen.