STL: Siniora to testify in the case of Hariri’s assassination on Monday 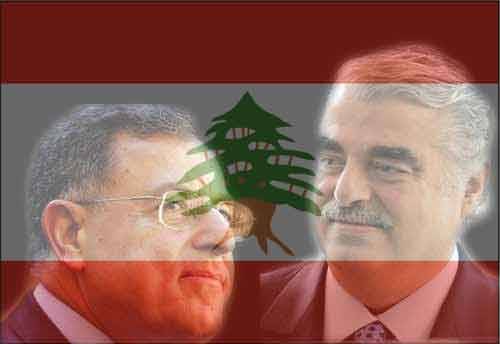 Former Lebanese PM and leader of the Future Movement parliamentary bloc MP Fouad Siniora is scheduled to testify before the Special Tribunal for Lebanon on Monday, reported al-Joumhouria newspaper on Saturday.

Sources told the daily that the testimony “introduces a new phase for  the trial.”

“This phase may be among its most important so far,” they added.

They predicted that Siniora’s testimony and that of Progressive Socialist Party leader MP Walid Jumblatt may be among the most significant in the trial.

Jumblatt is expected to  testify before the UN-backed court in June, said al-Joumhouria.

STL, which is trying the killers of former Prime Minister Rafik Hariri had so far indicted five Hezbollah members in the crime.

A number of witnesses, including prominent lawmakers and journalists, have already testified at the trial that kicked off in 2014.

Sinora was supposed to appear before the tribunal in January, but he reportedly postponed his testimony due to health reasons.

Media reports at the time speculated that the deferral of Siniora’s testimony was related to his role in the Hezbollah-Future dialogue meetings. He denied the rumors, insisting that he was ill.

Siniora twice served as finance minister under Hariri before forming his own government in July 2005 following the parliamentary election.

Tensions have escalated between Hezbollah and Future in recent days following Siniora’s weekend speech in which he accused Hezbollah of destabilizing Lebanon, but both sides have expressed their commitment to move forward with talks.
According to analysts the reason behind Hezbollah’s recent attacks against  former PM  Siniora was to distort his  image and credibility before his appearance at the court, especially since he is the most prominent figure to testify and because of his very close relationship with the slain PM Hariri.