Monica Lewinsky is back, rewrites her own history 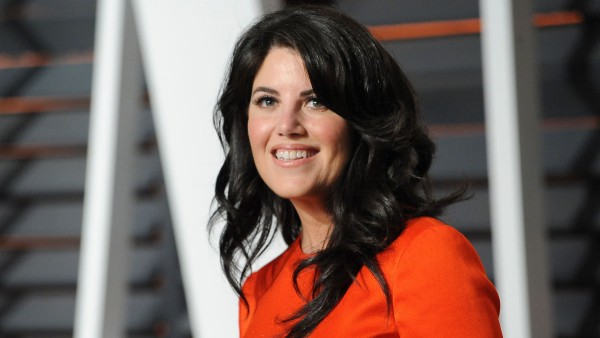 When you hear the name Monica Lewinsky, several unflattering things probably come to mind, from visions of berets and blue dresses, to Beyoncé’s infamous (and  technically incorrect ) “Partition” lyric.

Amid all those cliches, what’s easy to forget about Lewinsky is that she’s a person who’s been faced with the difficult task of building a life for herself after years as a public laughingstock.

In 1998, her affair with then-U.S. President Bill Clinton became the biggest tabloid story in the nation. And because it coincided with the internet boom in the late 1990s, that meant she became — in her own words — “Patient Zero” of what we now call internet shaming and cyberbullying.

More than two decades later, Lewinsky is back in the public eye, and she’s using the humiliation that once defined her as a lunching pad for social change by helping victims of online harassment.

Lewinsky took the stage  at TED2015 in Vancouver on Thursday (March 19) to crusade for a safer and more compassionate online culture. Her talk, titled “The Price of Shame,” received a long and loud standing ovation, according to onlookers. And it’s easy to see why — she brought up several points that basically constitute what should be a “required reading” manual for all internet users.

Here are five of the most important and empowering points Lewinsky hit on:

1. No matter what mistakes we’ve made in the past, we all have the power to “take back [our] own narratives” and determine our futures.

Lewinsky found a life post-punchline, and she says anyone can do the same. “Anyone who is suffering from shame and public humiliation needs to know one thing: you can survive it,” Lewinsky said. “I know it’s hard. It may not be painless, quick, or easy. But you can insist on a different ending to your story.”

2. It’s easy to judge people and label them based on what we see on the outside…but it’s also incredibly unfair.

Back when her story broke, seemingly every single person on the planet could identify Lewinsky in a photograph. But, as she points out, people forgot that on the inside, she was a hurting human being. “I was branded as a tramp. Tart. Slut. Whore. Bimbo. And, of course, ‘That Woman’. I was seen by many, but actually known by few,” she said.

3. Real change can start with just one person.

“Even empathy from one person can make a difference…In the online world we can foster minority influence by becoming ‘upstanders’. To become an upstander means instead of bystander apathy, we can post a positive comment for someone or report a bullying situation,” Lewinsky said.

4. Gossip websites — and their readers — are a big part of the problem.

Lewinsky pointed to the Sony Pictures Cyber hacking  as well as last year’s celebrity nude photo leak   as examples of ways that gossip cites capitalize on cyberbullying. “A marketplace has emerged where public humiliation is a commodity and shame is an industry… We are in a dangerous cycle: The more we click on this kind of gossip, the more numb we get to the human lives behind it. And the more numb we get, the more we click,” she said.

5. Public figures may choose to live their lives in the spotlight, but they’re people, too, and they deserve to be treated with respect.

A clip of Lewinsky’s speech can be seen here, and the whole TED Talk is expected to be released this week.

Lewinsky’s speech is definitely a timely one, considering recent events. Actress Ashley Judd recently decided to press charges     against harassers who threatened her over a March Madness tweet, and Twitter recently updated its rules in an effort to combat cyberbullying.

Hopefully, Lewinsky’s brave and poignant words will continue to inspire change and foster a warmer and more loving online environment that we can all enjoy.