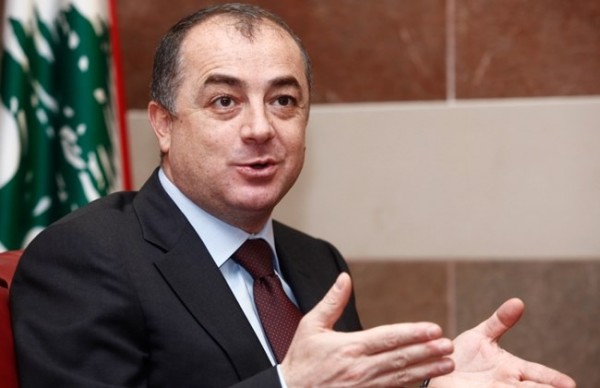 “The names of the Lebanese who were extradited are on a list that includes 5,000 expats from different nationalities,” Bou Saab told al-Akhbar newspaper.

He pointed out that it’s a “routine measure” that is constantly carried out by UAE.

Bou Saab, who is  the co-founder of  the American University in Dubai and is currently  serving as the executive vice president of the establishment, said that he discussed the matter with UAE Prime Minister and Dubai Ruler Sheikh Mohammed bin Rashid al-Maktoum.

The minister, who is renowned for having personal ties with UAE officials, said that concerned authorities confirmed to him that the reports tackling the matter are exaggerated.

“The number of deported Lebanese didn’t surpass 30 individuals,” he noted.

Media reports  also said at the beginning of the week that  the UAE decided to  to  expel 120  additional  Lebanese.

UAE’s decision to deport Lebanese expats from the Gulf country is reportedly related to their staunch support to Hezbollah and its allies.

Over the weekend, a second batch of Lebanese deported from UAE arrived in Beirut. Most of the expats have been residing in Abu Dhabi, Dubai, Sharjah and Ajman.

The UAE Authorities took the decision to deport a number of Lebanese from the country due to the suspicious activity they were involved in,  the Kuwaiti daily al-Seyassah  reported  last Sunday.

Parliamentary sources from the March 14 camp told the daily that the authorities had issued dozens of warnings to the deported people over the years to cease their suspicious actions.

These warnings fell on deaf ears and the authorities had no choice but to deport them, they added.

Others were involved in political propaganda for the party and attempts to recruit new members to it, adding that some of the deported people are not Shiites, but offered cover for them.

Arab diplomatic sources told al-Seyassah  that there are fears that other Gulf states would follow the example of the UAE and deport Lebanese families “linked to Hezbollah and Iran’s expansionist ambitions in the region.”

“The UAE has neither a policy nor an intention to target Lebanese residents.” Salam quoted the Dubai ruler  as saying

Hezbollah, which is backed by Iran, has been at odds with the Gulf states, specially since the crisis in Syria started 4 years ago.

Hundreds of Lebanese, mostly Shiite Muslims, have been  deported from the UAE since 2009.