David Petraeus: Iran more of a threat than the Islamic State 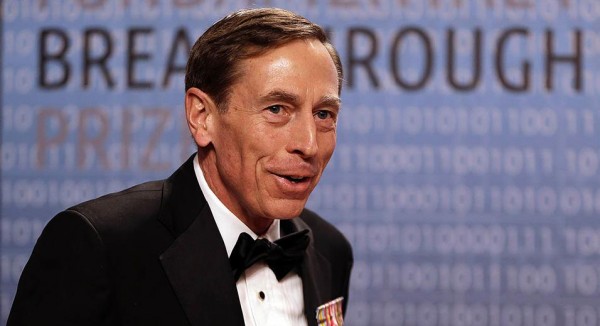 Former CIA Director Gen. David Petraeus says the Islamic State of Iraq and the Levant is not the biggest threat facing the United States in Iraq.

“In fact, I would argue that the foremost threat to Iraq’s long-term stability and the broader regional equilibrium is not the Islamic State; rather, it is Shiite militias, many backed by — and some guided by — Iran,” Petraeus said in written comments to The Washington Post’s Beirut bureau chief, Liz Sly.

The Iranian regime “is ultimately part of the problem, not the solution” to the region’s issues, Petraeus said.

The retired general offered his take on the situation, saying that Iraq needs “all of the elements” that were a part of the counterinsurgency campaign during the troop surge in 2007 and 2008. He cautioned that merely pushing ISIL out of Iraq could make the Iranian-backed militias the most powerful force in the country, which he said would be harmful to regional U.S. interests.

Petraeus said he has “several thoughts” on Iranian Quds Force commander Qassem Soleimani being in Iraq, but most of them “probably aren’t suitable for publication in a family newspaper like yours.”

“What I will say is that he is very capable and resourceful individual, a worthy adversary,” he added. “He has played his hand well. But this is a long game, so let’s see how events transpire.”

The White House confirmed Monday that the administration is consulting Petraeus for advice on how to deal with threats posed by ISIL, despite his recent admission that he shared classified information with his mistress.

“He is, I think, legitimately regarded as an expert, when it comes to the security situation in Iraq,” White House press secretary Josh Earnest said. “So I think it makes a lot of sense for senior administration officials to, on occasion, consult him for advice.”

Petraeus, who served as commander during the Iraq troop surge, visited the country last week for the first time in more than three years to attend the Sulaimani Forum, in Iraqi Kurdistan.

The former general also expressed concern for the situation in Syria, which he called “a geopolitical Chernobyl.”

“Until it is capped, it is going to continue to spew radioactive instability and extremist ideology over the entire region,” he warned.