Wreckage of U.S. drone shot down by Syrian military emerges 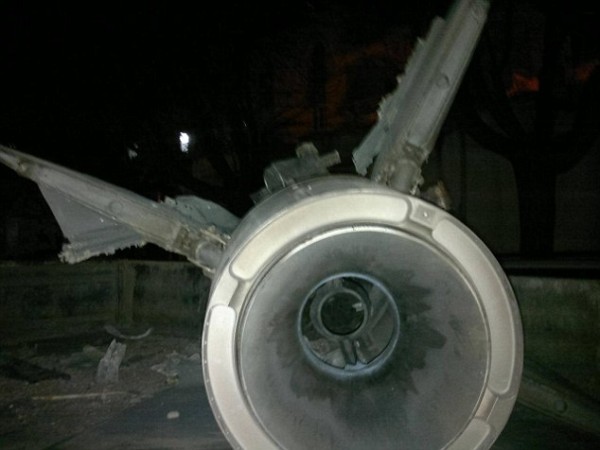 Wreckage: New images show what could be the wreckage of the MQ-1 Predator drone that U.S. reported missing over north-west Syria on Tuesday morning
Share:

U.S. officials said military controllers lost contact with the MQ-1 Predator drone at around 9.40am GMT yesterday over north-west Syria.

Pictures from the alleged crash site show men in military gear posing with the wreckage, a building severely damaged by a possible falling part and electronic hardware belonging to the company that makes the MQ-1.

The images are thought to be from the coastal city of Latakia – a stronghold of President Bashar al-Assad whose regime is still fighting a bitter civil war against Islamic State militants.

Two charred panels recovered from the crash bear the logo of General Atomics Aeronautical Systems Inc – the company who produce the MQ-1 drone.

The company is a leading manufacturer of both unmanned aircraft, military radars and surveillance systems.

Speaking anonymously, the American official would not say whether it was shot down deliberately but the Pentagon is trying to determine why operators lost control of the drone.

State television broadcast footage of the wreckage and men in military fatigues could be seen loading the debris – which included wheels and electronics – into the back of a truck.

If confirmed, it would be the first American aircraft to crash in Syrian territory since it expanded the aerial campaign against Islamic Sate in the country back in September.

U.S. officials have previously described Syrian skies as relatively passive – noting the Syrian government has not taken aim at Coalition aircraft flying over its territory.