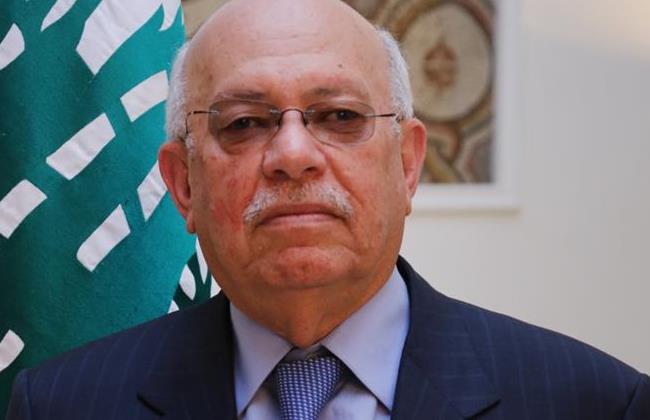 Lebanon has borne a heavy burden in the refugee crisis caused by the conflict in Syria. In order to address the needs of displaced Syrians without neglecting their own poor, Lebanon is looking for assistance to come out of a March 31st international donor conference in Kuwait.

As the conference approaches, al-Shorfa spoke with Lebanese Minister of Social Affairs Rashid Derbas about the challenges faced by his country and displaced Syrians.

Al-Shorfa: First, what is the number of displaced Syrians in Lebanon today?

Rashid Derbas: Since the outbreak of events in Syria to date, Lebanon has hosted 1.2 million Syrian refugees who are registered with the United Nations High Commissioner for Refugees (UNHCR), in addition to a number of others who are not registered.

Al-Shorfa: How would you describe their situation?

Derbas: Their situation is very tragic. I feel a deep wound in my conscience and heart when I see parents watch the souls of their three children rise on flames to the sky, and I feel with those who are wrapped in rain and snow, and I ask: Is this normal? Where are our Arab brothers in this situation? Although they are fulfilling a portion of their duty. I also ask, where is the international community to find a peaceful solution to this issue? I wish we could perform our humanitarian and brotherly duty to the fullest.

Al-Shorfa: How is Lebanon administering the displaced Syrians’ portfolio?

Derbas: Lebanon does not administer this dossier. UNHCR does in collaboration with its partners – namely, international humanitarian organisations and donor countries. UNHCR is concerned with their settlement and providing them with accommodation, food aid, and all the clothing and living essentials they need to face their new lives. It also provides them with medical care and education to some extent in co-operation with concerned organisations and in co-ordination with concerned Lebanese departments.

As for Lebanon as the host country, it is responsible under the law and the constitution for their safety, as it is to all citizens who live on Lebanese territory. But this does not mean that Lebanon is not concerned – on the contrary, it is the host country and provides the infrastructure, including water and electricity, and the Ministry of Social Affairs, which was put in charge of this file by the government, has put the ministry’s modest capabilities at the disposal of the concerned organisations.

Al-Shorfa: Some time ago you launched a plan to address the displacement problem. What does the plan contain?

Derbas: On December 15th, 2014, we launched the Lebanon Crisis Response Plan (LCRP) to respond to the crisis of displaced Syrians under the auspices of the Prime Minister of Lebanon, and in the presence of Deputy Secretary-General of the United Nations Jan Eliasson. The plan aims to provide humanitarian assistance and protection for the most vulnerable among the displaced from Syria and poorest Lebanese. The plan also seeks to strengthen and improve the capacity of local services systems, as well as reinforce Lebanon’s economic, social, environmental, and institutional stability by expanding economic and livelihood opportunities benefitting local economies and the most vulnerable communities.

Al-Shorfa: What is the cost of implementing this plan?

Derbas: The plan requires funding of up to $2.1 billion approximately to reach up to 2.9 million people in the most vulnerable communities, divided equally between the displaced Syrians and poorest Lebanese citizens, given that the poorest Lebanese families are the ones hosting the displaced. The poorest Lebanese opened the doors of their homes to their Syrian brothers and shared their homes, food, water and infrastructure. At the same time, their needs in terms of employment and services are growing and need to be met if we are to avert an economic and social crisis in Lebanon.

Al-Shorfa: Has there been any response to the plan, other than that recently announced by Saudi Arabia?

Derbas: It can be said that it started with Saudi Arabia, followed by Japan with [aid] worth $18.2 million. Lebanon will attend the donor conference in Kuwait on March 31st, and we seek and hope that this call gains momentum and countries pay what they pledged. We expect this meeting to accelerate the pace of payment, and we will use the opportunity to promote the response plan.

Al-Shorfa: Lastly, what about displaced Iraqis, and more recently, Assyrians?

Derbas: We held a meeting with the Archbishop of the Chaldeans in Lebanon and UNHCR official Ninette Kelley to find a solution for the displaced Iraqis. Compared with displaced Syrians, they are being embraced more warmly and finding people to care for them, and the Archdiocese is playing a major role in that regard.

As to the Assyrians, and in consideration of what they have endured recently, the border crossings have been opened for them, pursuant to a decree by the Minister of Interior.