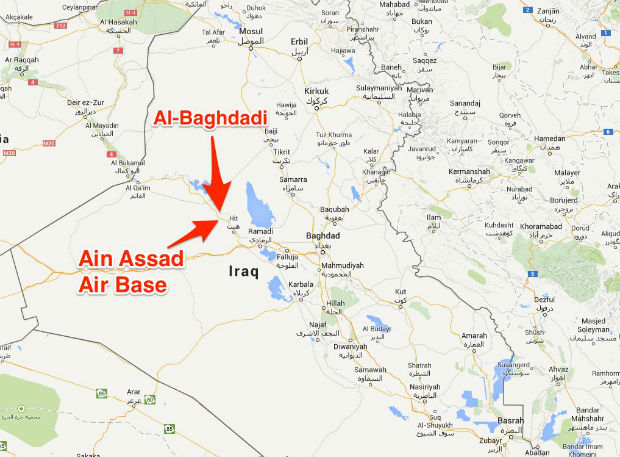 The U.S. military says Iraqi forces have retaken the town of al-Baghdadi from Islamic State fighters after months of battles.

Between Feb. 26 and March 6, the U.S.-led coalition launched airstrikes on 26 locations to help Iraqi forces move against the militants. Coalition forces also provided intelligence and surveillance to the Iraqis. The bridges had been held by the Islamic State group since September.

Last month, the Army general commanding the war effort in Iraq and Syria told reporters he was confident the Iraqi operation, dubbed “Lion’s Revenge,” would succeed.