Another Hezbollah member was killed in Syria 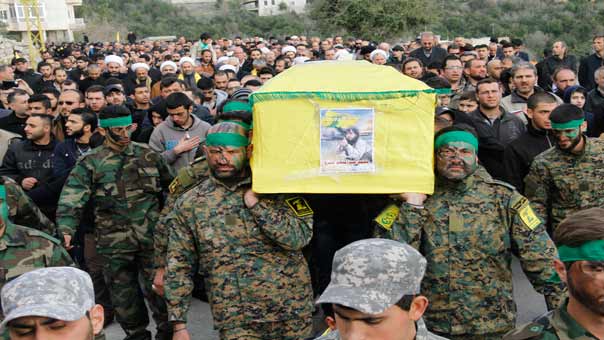 Hezbollah held  on Saturday the funeral of its member  Mohammad Abdel Monem Amrou  who was killed in Syria .

The funeral was held in the Kesroan  town of Moaisrah, north  of the capital Beirut and was attended by  several Hezbollah  officials  and clerics  and a  delegation of the Free Patriotic Movement  representing MP Michel Aoun, a close ally of Hezbollah . The FPM delegation was headed by Taufic Salloum, according to Hezbollah media report.

Tens of thousands of Hezbollah fighters are actively trying to save the regime of the embattled president Bashar al Assad . Several Hezbollah members were reportedly killed in the aleppo battles in northern Syria recently according to media reports .