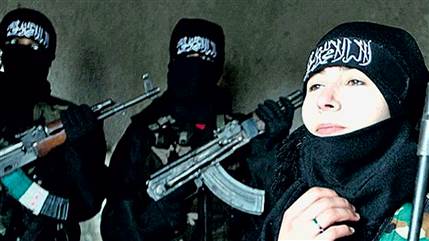 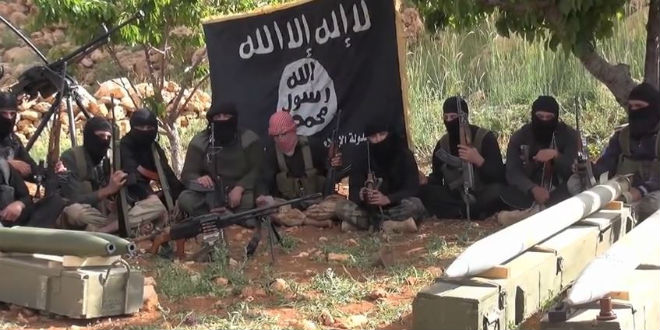 More than 20,000 foreigners have flocked to fight for ISIS, the radical Sunni group that controls portions of Iraq and Syria.

They hail from 90 countries, and an estimated 3,400 fighters come from Western states,according to Nicholas Rasmussen, the director of the National Counterterrorism Center.

Those are the numbers — estimates, of course.

But who is actually going? What are their names? What do they look like, where are they from and — perhaps most importantly — why are they going?

These are some of the individuals we know have traveled or tried to join ISIS.

U.S. officials say more than 150 fighters have traveled from America to join the militant group. We don’t yet know the identity of any Americans who have successfully made it to ISIS-controlled lands, but we do know the identities of a handful of people who have been accused of trying.

On Wednesday, three men from New York — Abdurasul Juraboev, 24; Akhror Saidakhmetov, 19; and Abror Habibov, 30 — were arrested and charged with conspiring to provide material support and resources to a foreign terrorist organization. An unsealed criminal complaint accused two of the men of discussing a potential attempt to assassinate President Barack Obama. One of the men had discussed hijacking a flight and handing it over to ISIS, the complaint said.
Four women from Colorado have been accused of attempting to join ISIS. Three Denver teenagers, who investigators say were recruited via social media, were stopped in Germany last October and sent back to the United States. After being arrested in spring 2014, Shannon Maureen Conley was one of the first Americans sentenced for conspiracy to support ISIS.

Two men who have appeared in horrific ISIS propaganda videos could be from the United States or Canada, according to analysts. The individuals — both of whom are shown wearing masks covering everything but their eyes — spoke in what sounded like North American accents. One was in a video entitled “Flames of War,” which shows the execution of a handful of men. The other militant is the speaker in ISIS’ first propaganda video out of Libya, which ends with the graphic beheading of more than a dozen Egyptian Christians.

Canada’s intelligence agency estimated in 2014 that more than 130 of its citizens had traveled to the region to join ISIS.

Damian Clairmont was killed fighting in Aleppo last year. His mother, Christianne Boudreau, told CNN that Clairmont converted to Islam after high school and was gradually recruited by the group.

“He was compelled to go there to help save women and children to stop the torture,” Boudreau said. She says that over time, he was brainwashed by ISIS.

John Maguire and and Khadar Khalib — both in their early 20s — were charged in absentia by the Royal Canadian Mounted Police with knowingly participating in the activities of a terror group and counseling a person to knowingly participate in a terrorist activity. They’re believed to be fighting with ISIS, according to authorities.

A woman who goes by the alias of “Toronto Jane” was tweeting support for the terror group in Toronto until November. After a brief hiatus, her tweets (which were geotagged) started coming in from Syria.

Perhaps the most well-known French national who is presumed to be in Syria is Hayat Boumeddiene, the widow of Amedy Coulibaly, the man who killed four people in a Paris kosher market in January. An ISIS propaganda magazine says Boumeddiene safely reached the Islamic State, the name the group calls itself, but offered no proof.

Boumeddiene is believed to have disappeared into Syria before the attack.

Of the other roughly 1,200 French fighters who have joined ISIS, French authorities have so far only named one man.

They say Maxime Hauchard appeared in a video that depicts the graphic beheading of men who ISIS says were Syrian government pilots. French authorities have backed off a claim that another national, Mickael Dos Santos, was believed to be member of ISIS.

About 600 UK nationals are believed to have gone to Iraq and Syria, according to research groups. Among them:

— A man who has been dubbed Jihadi John, the black-clad, masked militant who has appeared in the majority of ISIS’ beheading videos. He was identified Thursday as Mohammed Emwazi, believed to be from west London, the Reuters news agency reported, citing The Washington Post and the BBC. One of Emwazi’s close friends disclosed his name to the Post, that newspaper reported. London’s Metropolitan Police declined to confirm the reported identity.

— Three classmates from London — Shamima Begum, 15; Kadiza Sultana, 16; and Amira Abase, 15 — left the UK on February 17 bound for Istanbul. Police said on Tuesday they believe the girls have reached their intended destination, Syria.

— Aqsa Mahmood, 19, left her home in September, bound for the ISIS battlefield. She hugged her parents goodbye, and four days later crossed the Turkish border into Syria, hoping to become a martyr.

Australia, where a number of individuals have been charged with terror offenses in recent months, has seen more than 50 of its nationals travel to the region to become ISIS fighters.

But the case that perhaps stands out most prominently is that of Khaled Sharrouf.

“That’s my boy,” he wrote on Twitter this past summer — posted alongside a photo of his 7-year-old son holding up a man’s severed head.

Author, journalist and former German politician Jürgen Todenhöfer traveled to ISIS-controlled Syria and Iraq in December. He spoke with CNN’s Frederik Pleitgen and shared video of a conversation he had with a German ISIS militant, one of an estimated 600 from the country.
Todenhöfer spoke with the man over Skype for months.

“He says what they want him to say,” Todenhöfer said. “He is sure that he is on the right way.” 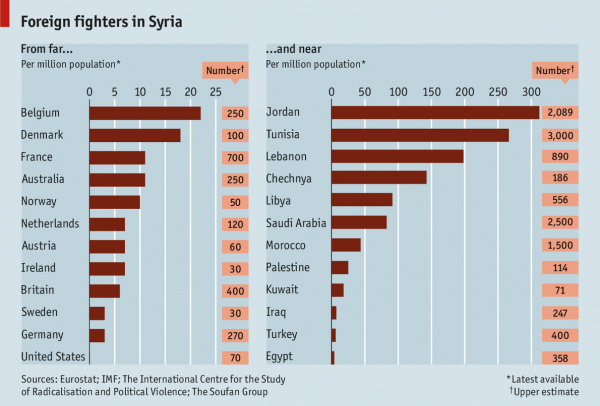 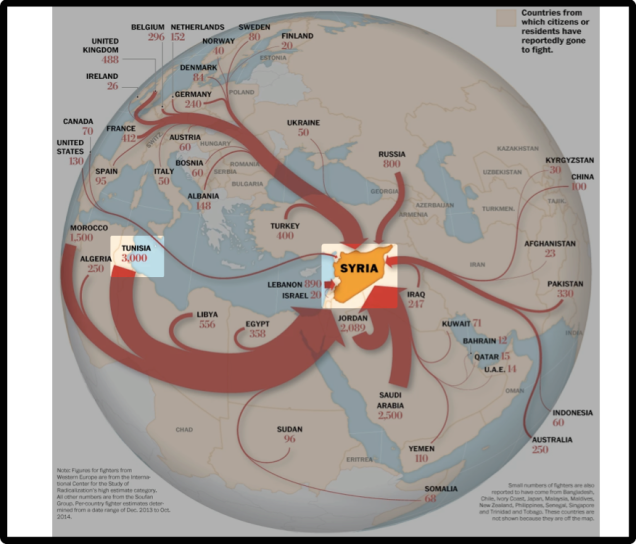